Eclipse Alert: Solar and Lunar Eclipses in November and December!

November and December are bound to be two very important months this year, because a couple of eclipses are taking place then: a partial solar eclipse on November 25th, 2011, at 06:21 UT at 2 degrees of Sagittarius, and a total lunar eclipse on December 10th, 2011, at 14:33 UT at 18 degrees of Gemini. As I have also mentioned in the past, eclipses have always been regarded as bad omens because of their association with disasters and other catastrophic events. What really happens, however, around the time of eclipses is the culmination of events and emotions. A solar eclipse heralds the end of a cycle and the start of another; hence, the association of solar eclipses with important endings and equally important beginnings.


A lunar eclipse, on the other hand, brings to the fore needs, feelings, and emotions that have been brewing under the surface for quite some time (click here to read a more detailed analysis of mine regarding how eclipses work and what they symbolize).  Although there is no general consensus on the duration of the effects of eclipses, the peak of their influence is usually felt within a month before and after the actual date of the eclipse. In this post I will examine the astrological meaning of the two upcoming eclipses, which take place across the Gemini-Sagittarius axis and are all the more important for two reasons: they occur with Mercury in retrograde motion and with Mars forming a square, a rather harsh aspect, with both the Sun and the Moon. In my next two posts I will also explain how each sign will be expected to incorporate the energies of these eclipses. 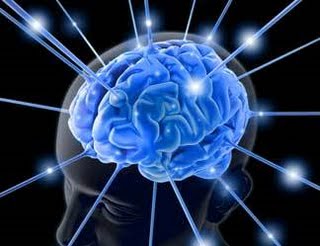 Let us first note that a solar eclipse brings to the fore ‘solar’ issues such as purpose, self-expression and creativity, whereas a lunar eclipse brings to the fore ‘lunar’ issues such as feelings, emotional needs, and domestic life. Consequently, a solar eclipse is a time for setting new goals and thus for finding new outlets of creativity and for achieving a new sense of identity. It follows that a solar eclipse gives us the necessary push to close an old chapter in our lives in order to go ahead with a new one. Quite differently, a lunar eclipse is a time for exploring emotional and domestic matters, for dealing with issues of the past, and for severing or strengthening relationships. More often than not, a lunar eclipse brings about some sort of emotional drama, which is caused either by us or by others, and which aims at expressing what it is we want or lack. The new beginnings and emotional dramas associated with solar and lunar eclipses depend of course on the sign in which the eclipses take place. As mentioned above, the upcoming eclipses will fall across the Gemini-Sagittarius axis, the axis of mental exploration. Therefore, issues around learning and sharing knowledge, communicating and disseminating information, as well as short- and long-distance travelling, will come to the fore.

More specifically, the solar eclipse in Sagittarius will mark a time for setting new goals related to any of the following: sharing our knowledge, wisdom and theories; disseminating information that we previously collected; reaching conclusions and making generalisations on the basis of the information we have already gathered; venturing beyond our immediate surroundings in order to travel long distances, expand our horizons, and meet people that come from an entirely different background from ours; freeing ourselves from the restrictions of logic and rationality, so that we can open up our minds, spread the wings of our imagination and adopt new beliefs about our world. The issues above may also stimulate new creative outlets; some of us may thus revel in our capacity to share our knowledge with the wider public, use our imagination or travel long distances.
For instance, this may be a time where we end or begin studying or teaching a course. It may also be a period of knowledge-sharing that is of special importance to us. It may further be a time where we end or begin important communications with people who come from a completely different walk of life from our own, such as people from different cultures or people whose philosophy in life is distinctly different from ours. This solar eclipse could also mark a period where we consider new ways of broadcasting our views and opinions to the public. It may further mark a time where we find new ways to expand our horizons and where we reconsider our relationship with means of long-distance transport; this might entail deciding to stop or to start using a specific means of transport such as ships, trains and planes. 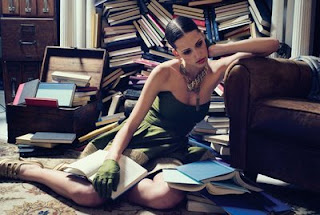 However, with the lunar eclipse falling across the Gemini-Sagittarius axis and with the Moon occupying the Gemini end of the axis, we will be reminded that what we need, lack or want is to learn, to gather information and to think logically, as well as to engage in negotiations, networking, multi-tasking and short-distance travelling. The lunar eclipse may therefore mark a time where the issues just mentioned become a source of emotional stress. For instance, we may realize that we need to learn or gather a greater amount of information than we are normally used to. Our emotions and stress levels may also heighten as a result of our need to hold important communications with people from our immediate surroundings, such as close relatives, neighbours, teachers and students. Such communications may create stress and challenge relationships, because we may find it difficult to think logically or to pay attention to important details.
This kind of difficulties may also appear in important negotiations or networking activities which we find ourselves in: we may feel the urge to overlook important details, but this will only create further confusion. The lunar eclipse may further mark a time where short-distance travelling is a major source of emotional stress, perhaps because there is a lack of available means of short-distance transport, such as buses, metro, cars and motorcycles. For instance, there may be a greater amount of transport strikes than usual or we may experience problems in selling or buying vehicles. Therefore, the lunar eclipse in Gemini will stimulate communications, negotiations, and short-distance travelling, thus stirring our emotions, heightening our stress levels and challenging our relationships with others. 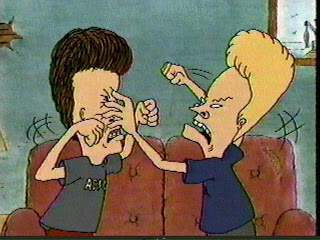 The fact that both eclipses will occur with Mercury in retrograde motion and with Mars squaring the Sun and the Moon will tend to complicate matters even further. On the one hand, retrograde Mercury’s ‘gifts’, that is, delays and setbacks in communications, transportations and commercial dealings, will magnify any problems that the lunar eclipse will bring to the fore. On the other hand, the challenging square of Mars to the Sun and Moon will probably create an explosive mixture, given that Mars is the planet of self-assertion, action, anger and aggression! It is thus very likely that there will be a lot of heat, rush, competition, anger, and fights in any of the situations mentioned already, that is, important communications, negotiations, learning/teaching activities and short- and long-distance travelling. I would therefore urge you to keep your temper if you don’t want things to deteriorate to a state of open warfare! Stay tuned to hear soon how your personal sign will be affected by the upcoming eclipses. In the meantime, try to keep emotions under control!
Posted by Dr. Vangelis Petritsis at 23:14