Full Moon in Taurus: Enjoyment but also tension in relationships… 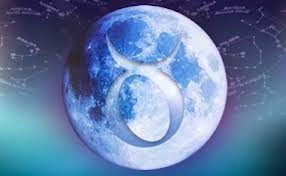 Today, November 17th at 3:15pm, GMT, there is a Full Moon taking place on the 25th degree of Taurus, the sign that the moon loves the most because it fills her with security, stability and enjoyment. In line with my past writings, every full moon implies that the Moon opposes the Sun, which results in emotional peaks and tensions. Often these emotional peaks are directly related to the new start made on an individual or collective level at the previous New Moon. In this case we are talking about the solar eclipse that took place on November 3rd, which for many may have brought a new beginning that was experienced as a radical transformation, as a revolutionary change, or even as a subversive crisis. Because of the sign in which the eclipse took place (Scorpio) the new beginning must have been directly related to our ability to share feelings and financial resources with our close ones.

We should also mention here that this Full Moon brings emotional peaks associated not only with the last New Moon, which was a solar eclipse, but also with the New Moon before the last one, which had been in Libra on October 4th. The connection between that New Moon and the current Full Moon results from the fact that Mercury, which was already preparing for its retrogradation, was located on the same degree of Scorpio where it is now. For those who don’t remember, that New Moon in Libra had called for us to set new goals and take action in order to achieve cleansing and freedom within relationships and collaborations. So as to achieve these goals many relationships and collaborations had entered back then into a deep crisis the effects of which are now clearly visible. 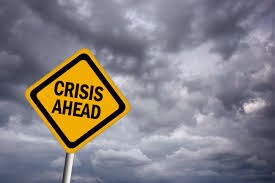 Therefore, this Full Moon brings to a climax the crisis that started in early October and continued throughout early November. Indeed, the moon activates the Uranus-Pluto square with harsh aspects (sesquisquare and semisquare) while being disposed of Venus, which also activates the Uranus- Pluto square, just like Venus had done at the October 4th New Moon reminding us once again the need for cleansing and freedom in our relationships. In this case, due to the nature of the signs involved in the axis of the current Full Moon, the emotional tensions and peaks that aim at purging our relationships and partnerships occur in response to what belongs to me (Taurus) and what belongs to you (Scorpio). These tensions also occur as a response to what we want to keep as it is (Taurus) and what we want to change radically (Scorpio). Nevertheless, due to the complete absence of planets in air signs during this full moon, any agreement between the two (possibly conflicting) sides will not be easy and compromises will be minimal. 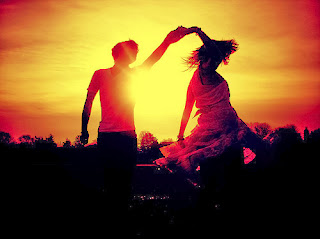 The fact that Venus activates the Uranus- Pluto square and that is also forms a sextile with Chiron reveals that caution is required in new romantic affairs that start under a sky like this because you might end up hurt. So, if you happen to meet someone and get soon carried away thinking you've found the man or woman of your dreams, just wait a few weeks, the reason being that passions might flare up and die so quickly that they will make your head spin! Attention is also needed with regard to financial management because these days it will be easy to go into a spending spree and then wonder why your account balance has gone down to zero. However, spending can also occur by force in the form of theft or burglary, so be more alert than usual! In any case, the Taurean Full Moon calls for enjoyment and satisfaction of our five senses. Wish you an enjoyable Full Moon!

Posted by Dr. Vangelis Petritsis at 18:20