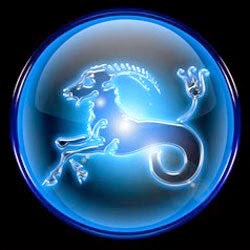 On December 22nd 2014 at 1:35am, GMT, there is a New Moon in the zero degree of the serious, authoritarian and ambitious sign of Capricorn, which is all the more important because it essentially coincides with the winter solstice. As we all know, during the winter solstice we have the longest night of the year in the northern hemisphere and the apparent three-day standstill of the Sun as it prepares to start to rise again in the sky from a northern-hemisphere point of view. Very briefly, we would say that in astrology the winter solstice symbolises the rebirth of the Sun and therefore the regeneration of our strength, our identity and our goals in life, hence the tradition of the New Year’s resolutions. The winter solstice also coincides with the official start of the cold and limiting winter season which in astrology is marked by the Sun’s ingress in the austere, sober and self-sufficient sign of Capricorn. In fact, the astrological chart cast for that very moment when the Sun enters this sign is considered by many as a chart that sets the tone not only for the next three months until the vernal equinox, but also for the entire next year.


Let us begin to disentangle the secret meaning of this New Moon which largely coincides with the winter solstice and which we would thus expect to be effective for the next three months at least if not for the entire next year. Firstly, a New Moon in the sign of Capricorn clearly marks new beginnings related to this sign’s demands such as career aspirations and professional paths and goals. On a mundane level it marks new beginnings in terms of governments, social stratification and the upper echelons of society. It is not a coincidence that currently the Greek government is going under a tough test due to the lack of consensus surrounding the election of the New Greek President and its future will have been decided by the end of 2014. 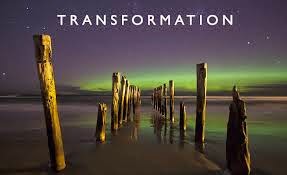 It is interesting to note that the only basic aspect that the New Moon receives is a wide conjunction from Mercury which in turn conjuncts both Pluto and Venus, all in the sign of Capricorn. Therefore, the New Moon is part of a planetary formation called ‘stellium’. This formation involves a great deal of charge and focus on the demands of the sign such as the ones mentioned above. Pluto, the planet of radical changes and transformations, is also part of this stellium from a critical degree of the zodiac and it thus seems to intensify and deepen the need for a brand new start on a professional and governmental level. Moreover, it seems that this start will bring about radical changes through a serious crisis.

It is also worth noting that Mercury and Venus form part of this Capricornian stellium. These two planets rule ideas and communications (Mercury) and all kinds of values, relationships and financial transactions (Venus) and they give a special, subversive and unusual tone to this stellium because they are out-of-bounds (they deviate more than 23.5º south of the celestial equator). Therefore, the radical changes that this new beginning portends may change our ideas (Mercury) as well as our values, relationships and finances (Venus) in a highly unusual manner. Let us not be surprised if this means unusual restriction and difficulty (Capricorn) in financial matters (Venus) and communications (Mercury)... 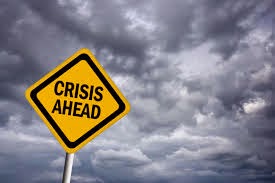 The radical change and crisis that the New Moon seems to portend is reflected in the harsh activation of Uranus by the Capricornian stellium as well as in the exactitude of the Uranus-Pluto square being in critical degrees of the zodiac. Indeed, Uranus is stationary and ready to go back to direct motion, thus marking a sense of urgency to implement twists and innovations that may have been thwarted since July 22nd 2014 when Uranus was turning retrograde. The sextile that Uranus forms with Mars in Aquarius brings additional opportunities for subversive actions and initiatives in our lives. Last but not least, let us refer to Saturn, the New Moon’s dispositor, which occupies an anaretic degree, namely the last degree of Scorpio. Both its position on the last degree of a sign and the radically transformative nature of the sign in question lead us once more to the conclusion that the new beginning signified by the New Moon is one that we will probably never forget due to its gravity and radically transforming influence. It seems that the first three months of 2015, if not the entire year of 2015, is a time of major crisis and radical / subversive changes and upheaval on a professional level but also on a governmental level. We hope that the crisis proves to be as painless as possible and that it makes us stronger and wiser!

Posted by Dr. Vangelis Petritsis at 19:26