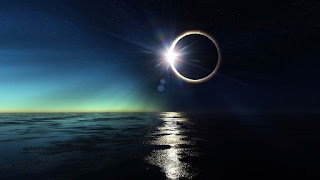 On March 9th 2016 at 1:54am, GMT, there is a solar eclipse in the emotional, romantic and elusive sign of Pisces. Although people have always dreaded the sight of eclipses, it is important to understand that the eclipses represent turning points. More specifically, they represent points where some lack or shortage is strongly felt in the area of one’s horoscope where the eclipse occurs. And, because it is often a state of lack or shortage that pushes us into action so that the lack can be addressed, eclipses tend to signify the end of a chapter and the beginning of a new one. This applies especially to solar eclipses, given that they are essentially New Moons where the Sun’s light is ‘switched off’. This ‘switching-off’ of one of the two Lights makes for the great importance that the eclipses have – they can hardly go unnoticed, at least in those places where the eclipses are visible.

In the case of a solar eclipse, the shortage and the closure of an important chapter are related to what the astrological Sun symbolizes. Among other things, the Sun represents our identity, our purpose in life and our creativity as well as our relationships with important male figures such as the father, the husband/partner or boss. A shortage or closure/opening of an important chapter concerning the issues and people above are thus among the possible scenarios of this solar eclipse which, due to the sign where it occurs, tends to produce feelings of loss, grief and longing for reconnection with what’s missing or ending. It goes without saying that Piscean themes, such as the sea, the arts and the cinema as well as imagination, escape, religion, charity, idealism, sacrifice and rescue, will be strongly experienced in the days before and after the eclipse.

It is important to note that the current eclipse is one of the few cases where the Lights form a pattern with the majority of the planets. This pattern is actually a combination of two planetary patterns that Joyce Hopewell calls ‘Animated Figure’ and ‘Arena’, hence the ‘Animated Arena’ title. More specifically, the ‘Animated Figure’ pattern consists of the Lights conjunct Chiron and in opposition to Jupiter, an opposition that turns into a T-Square by Saturn who is simultaneously in semi-sextile aspect (30°) to Pluto who in turn receives a trine aspect from Jupiter and a sextile aspect from Chiron and the Lights. The T-Square above is also part of the ‘Arena’ pattern with Saturn in trine aspect to Uranus who is in turn in semi-sextile aspect to the Lights and in quincunx aspect to Jupiter. 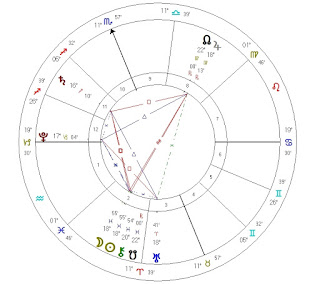 What these two patterns have in common is the mutable T-Square with Saturn at its apex, which we could translate as great mobility that seems not only to have no purpose (mutable T-Square) but also to create feelings of victimization and marginalization (Lights-Chiron) due to a multitude of restrictions that stand in the way (Saturn in Sagittarius at the T-Square apex) of development and progress, however little that may be (Jupiter in Virgo conjunct the Moon’s North Node). The involvement of Uranus and Pluto, in square aspect to each other, turns the T-Square above in an ‘Animated Arena’ where the key rivals are Light (Uranus) and Darkness (Pluto), transparency (Uranus) and corruption (Pluto).


Although there appears to be little one can do on a personal level at the moment, given the fact that the personal planets are virtually isolated (Venus and Mars largely unaspected while Mercury is in the sign of his debility and fully absorbed by Neptune), what this eclipse helps us realize, now more than ever, is just how many things are far beyond our control and decided upon in levels far wider than our narrow little microcosm…
Posted by Dr. Vangelis Petritsis at 11:53