Full Moon in Aries: Shall We Start Over? 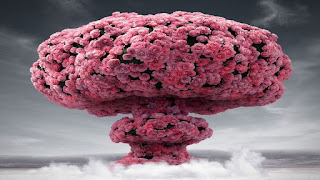 On October 16th 2016 at 4:23am, GMT, there is a Full Moon in the enthusiastic, combative and impatient sign of Aries, which implies of course that the Sun is in Libra, the sign of balance. Similarly to any Full Moon, this one too highlights a dilemma along with a need for striking the right balance between two opposing forces. This is more so now given that not only the Sun but also Mercury and Jupiter are in Libra. Furthermore, Uranus’ involvement in conjunction with the Moon and a stone’s throw from the degree of Saturn’s pure fall makes the whole situation quite explosive and uncontrollable.

The current dilemma seems to concern Oneself (Aries) and some important Other (Libra): should one illuminate (Sun), consider (Mercury) and be generous (Jupiter) to a companion/partner/spouse (Libra) or should they serve instead their personal needs (Moon in Aries) no matter how strange, eccentric or rebellious (Uranus) these might be?  The answer doesn’t come easy and neither is the sought-after balance given the Mercury-Pluto square being ignited by out-of-bounds Mars in Capricorn.

Therefore, if there is something one needs to manage (Capricorn) under this Full Moon, that’s their anger (Mars) and passions (Pluto). The degree of success in managing the above will define the depth of the impasse there can appear in relationships, partnerships and finances (unaspected Venus in Scorpio being disposed by Mars and Pluto). In any case, the Full Moon’s emphasis in the cardinal mode combined with the fast movement of most of the planets reveals an almost imperative need for a restart at all levels. Are you ready, then, to start over?
Posted by Dr. Vangelis Petritsis at 18:24