Full Moon in Taurus: Subversion on the Loudspeakers! 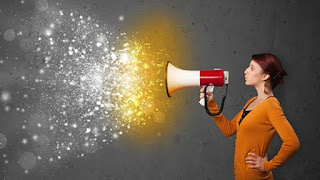 On November 14th 2016 at 13:51, GMT, there is a Full Moon taking place in the earthy, practical and sensual sign of Taurus, which implies of course that the Sun is in the opposite sign of Scorpio. Just like it happens with any Full Moon, this one too calls for us to strike the right balance between two opposing forces. In this case, goals of transformation and creation of crises (Sun in Scorpio) do not bode well with the need for material and emotional security (Moon in Taurus). Furthermore, the Full Moon axis is part of a planetary pattern that Joyce Hopewell calls ‘megaphone’ or ‘loudspeaker’. Chiron and Uranus complete this pattern with the former being in trine/sextile aspects to the Full Moon axis and with the latter being in quinqunx/semisextile aspects to the same axis. The Sun is at the narrow end of the megaphone while the other three planets are at the wide end. Uranus is also at the degree of Saturn’s absolute fall.

To put it simply, it seems that at least since the previous New Moon there have been smaller or larger crises and radical developments that have easily affected the need of many for security and stability. What happens now is that these crises and developments are communicated on a large scale as examples of absolute subversion and collapse. The fact that the aspects that the Full Moon axis receives are all separating means that the above have already occurred. So, it rests with the Full Moon for the above crises and developments to be widely communicated along with calls for uprising (Uranus atop the megaphone) that seem, however, to fall on ‘deaf ears’ (Moon void-of-course after the Full Moon).

Donald Trump’s recent victory comes to mind; this was followed by many demonstrations of those who didn’t vote for him, Michael Moore being one of them and aspiring to lead them in opposing Trump’s policies. It is interesting to note here the Uranus-Mars mutual reception. As part of an information triangle with Mercury in Sagittarius and out-of-bounds Venus in Capricorn, Mars seems rather inclined to use big words and to search for novel ways of uprising that, eventually, receive the acceptance of the system. 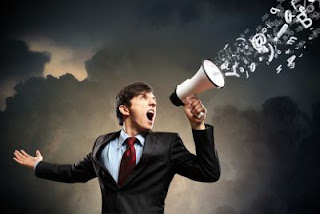 Finally, Jupiter has just entered its shadow period before turning retrograde in early February and is also part of a small and retrograde learning triangle where Saturn and Pluto are involved. In other words, it appears that the events of these last two weeks will set in motion a long and painful process of learning and revision. This process has to do with learning how to achieve fair expansion and how to keep one’s optimism in check (Jupiter in Libra) in the face of pain, transformation and radical change (Pluto). This way one will be able to create structures that can promise a better and brighter future (Saturn in Sagittarius).

Nevertheless, none of the above will happen if one sticks to feeling victimized or resigned (Neptune conjunct the Lunar South Node). Quite opposite, one needs to learn how to combine discernment and synthesis of information in order to see the big picture using the appropriate amount of detail (Lunar North Node in Virgo ruled by Mercury in Sagittarius). In any case, make sure you enjoy this Full Moon because, if anything, it promises sensual delights and pleasures!

Posted by Dr. Vangelis Petritsis at 17:20