New Moon in Capricorn: Will You Break Out of Your Shell? 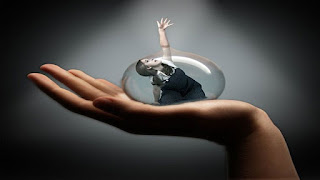 On December 29th 2016 at 6:53am, GMT, there is a New Moon in the serious, ambitious and strategic sign of Capricorn. This is the last New Moon of the year and largely sets the stage for January 2017 given that the following New Moon won’t take place until the end of January. Similarly to any New Moon, this one too calls for us to make a fresh start in that area of our horoscope where it happens to occur. Due to the sign this fresh start is related to professional and social matters. It is also related to ambition and improvement of one’s social standing as well as to the relationship with one’s father.

However, the New Moon’s conjunction with Mercury retrograde suggests that this fresh start is not quite fresh. Probably, this is either something that should have started long ago or something that did start long ago but has left several pending issues. Indeed, the fact that the New Moon takes place while Uranus is stationary is a direct reference to the end of July 2016 when Uranus was turning retrograde. Moreover, the Sun-Mercury inferior conjunction refers to the beginning of March 2017 as a critical period for the fruition of any important discussions, ideas or negotiations that take place near the New Moon.

On the other hand, Uranus’s station electrifies the atmosphere, puts the unexpected on the agenda and adds enthusiasm, originality and an urgent need for freedom. If one also takes into account the fact that Uranus is at Saturn’s absolute fall, then one might as well expect the deafening collapse of structures, rules and traditions. Besides, the New Moon’s chart lacks fixity, so one needs to be very flexible and open-minded because anything that starts now will undergo many changes along the way. Of course, the sextiles that the New Moon receives from Mars and Neptune in Pisces provide enough opportunities for flexibility as long as flexibility doesn’t turn into frustration, abandonment or escapism.

Finally, in the New Moon’s chart there is a pattern that Joyce Hopewell calls ‘cradle’. This is formed by two planets in opposition (Jupiter and Uranus) that are in simultaneous sextile and trine aspects to two more planets (Venus and Saturn). On the one hand, the opposition points to a need for balance between morality (Jupiter) and unconventionality (Uranus). On the other hand, the combination of morality with unconventionality is facilitated thanks to progressive values (Venus in Aquarius) and to an ever-expanding set of traditions (Saturn in Sagittarius).

Nevertheless, the challenge that the cradle poses is that one doesn’t find refuge in the above but, instead, ventures out of the cradle and discovers other aspects of life. In this case, the only point that stands out of the cradle is the Moon’s North Node in Virgo. Therefore, the New Moon seems to call for us to break out of our ‘shell’ so as to grow through diligence, order, discernment and attention to detail. Strategic Mercury in Capricorn is an ally to this effort but Mars-Neptune conjunct South Node is not because together they promote recurring patterns of slackness, disorganization and vagueness. In any case, we wish that you enjoy the New Moon and that you have a happy New Year!

Posted by Dr. Vangelis Petritsis at 21:09