Scorpio Full Moon: Are You Ready For Transformation? 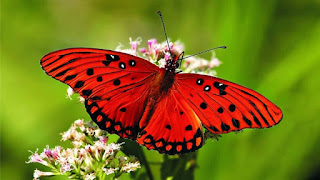 On May 10th 2017 at 9:42pm, GMT, there is a Full Moon taking place in the transformational, combative and uncompromising sign of Scorpio, which implies that the Sun is in the opposite sign of Taurus. Just like it happens with every Full Moon, this one too calls for us to strike the right balance between opposites. Presently, given that the Taurus-Scorpio axis is the axis of survival, we are expected to fight for survival by balancing between stability (Taurus) and transformation (Scorpio).

This reboot aims at greater stability and longevity (Venus disposes Sun in Taurus) and it has already been negotiated around February 14th and March 23rd 2017 when Venus, in direct and retrograde motion respectively, occupied the same degree she occupies now. At present, stability and longevity can be achieved through careful and methodical opening of new horizons (Jupiter/Saturn midpoint directly activated by the Full Moon axis). But, in order to learn how to open these new horizons, one first needs to give up or abandon previous activities, as evidenced by the Mars-Neptune-Jupiter dominant learning triangle. And because this triangle is retrograde (anticlockwise direction from the Mars-Neptune square to the Mars-Jupiter trine via the Jupiter-Neptune quincunx), lessons may have to be learned again and again.

Finally, the mutual reception between Mars in Gemini and Mercury in Aries accelerates communication, movement and the learning process mentioned above. There is also a straightforward reference to ideas and discussions that took place around March 28th and April 26th when Mercury, in direct and retrograde motion respectively, occupied the same degree it occupies now. Furthermore, Mercury conjuncts Uranus while being in a medium and direct learning triangle by virtue of forming a trine with Saturn and a semi-sextile with Chiron. Thus, one can easily and pleasantly learn how to acquire specialized skills that will allow them to find the key (Chiron) to combine the old (Saturn) with the new (Uranus). In any case, we wish you enjoy the Full Moon!

Posted by Dr. Vangelis Petritsis at 20:52