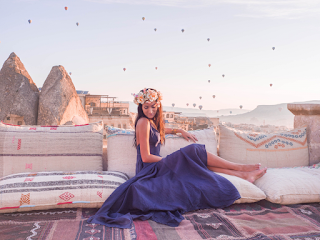 On November 4th 2017 at 5:22am, GMT, there is a Full Moon taking place with the Moon being in the earthly, practical and sensual sign of Taurus and the Sun in the watery, emotional and transformational sign of Scorpio. Similarly to any Full Moon, this one too calls for us to strike the right balance between two opposing forces. Presently, a dilemma arises between matter (Taurus) and sentiment (Scorpio); accumulation (Taurus) and sharing (Scorpio); stability (Taurus) and transformation (Scorpio). Of course, with the Sun being accompanied by both Mercury and Jupiter in the sign of Scorpio, the balance strongly tilts towards emotional sharing that leads to profound and lasting change.

Indeed, with Jupiter joining the Full Moon axis and with Neptune atop an ambivalence triangle where the same axis is involved, some bold escape or some big dream seems to be materializing around this Full Moon. Furthermore, the opposition that Venus, the Moon’s dispositor, forms with Uranus across critical degrees ruled by Mars, who is currently unaspected, speaks of a relevant initiative that causes uncertainty and turns into obsession. Perhaps, this is so because the desired freedom and originality could become a source of turmoil in relationships and partnerships.

Nevertheless, Saturn atop an ambivalence triangle where the Venus-Uranus opposition is involved makes things easier by allowing for original delights and liberal relationships and partnerships that last in time, as long as one is willing to see things from an alternative point of view while arming themselves with faith (Saturn = Chiron = Mars/Neptune). Besides, with Mercury in Scorpio directly and very closely activating the Mars-Pluto midpoint, it is almost certain that one needs to radically change the way they think/communicate and act. This is especially true of groups of people, since the Lunar North Node closely activates the midpoints formed by Mercury and the Lights. In any case, we wish you enjoy this Full Moon, which after all may turn out to be quite sensual given the Taurus-Scorpio combination!
Posted by Dr. Vangelis Petritsis at 19:34