New Moon in Aries: Last Chance for a Personal Revolution! 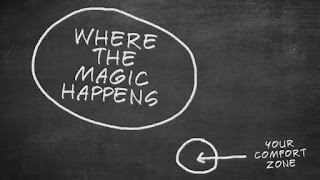 On April 16th 2018 at 1:57am, GMT, there is a New Moon taking place in the enthusiastic, impulsive and independent sign of Aries and, similarly to any New Moon, this one too calls for us to make a new beginning in that area of one’s horoscope where it happens to fall. Due to the sign’s nature, this new beginning is characterized by optimism and momentum and is related to issues of self-confidence, dynamism and personal independence. It is also worth pointing out that this new beginning seems to be the result of somewhat strict, and perhaps traumatic, revisions concerning ideas, attitudes, relationships and collaborations, in line with Mercury going back to direct motion while on the Saturn/Chiron midpoint along with Venus.

These revisions have to do with potential conflicts and power struggles which now belong in the past, as revealed by the New Moon’s separating square to Pluto and separating conjunction with a critical degree ruled by its dispositor, Mars. Nevertheless, these same revisions seem to have served as preparation for Chiron’s ingress into Aries, an event that take place only one day after the New Moon. Thus, over 40 years later, Chiron returns to this sign to remind us that we collectively need to heal wounds and feelings of inferiority related to self-confidence, dynamism and personal independence. Together with the fact that Saturn in Capricorn will be stationary retrograde when Chiron enters Aries, it appears that these wounds and feelings of inferiority are directly linked to an urgent need to revise important structures in our lives, as well as our basic sources of material security.

Furthermore, it is of great interest that the unique applying aspect the New Moon forms with another planet is a conjunction with Uranus in the same sign. Actually, a New Moon in Aries conjunct Uranus, the planet of rebellion and subversion, will not be seen again in our lifetime! Therefore, this New Moon is particularly important because it seems to symbolize a last chance for some sort of personal revolution, despite any wounds or feelings of inferiority this creates (Uranus semi-sextile Chiron).

On a positive note, Mars in Capricorn sextile Neptune and conjunct Pluto is helpful because it creates opportunities for realistic pursuit of ideals and dreams that involves, however, a radical change in the way one acts. This also seems to be Pluto’s message being atop an ambivalent triangle with Venus and Jupiter: the need for radical change and transformation comes as a way out of the dilemma between valuing predictability (Venus in Taurus) and living the ultimate adventure (Jupiter in Scorpio). So, let us not be afraid of transformation (Pluto) because it can ultimately allow (sextile-trine) for plenty of joys and delights (Venus-Jupiter). In any case, we wish you enjoy the New Moon!
Posted by Dr. Vangelis Petritsis at 18:25