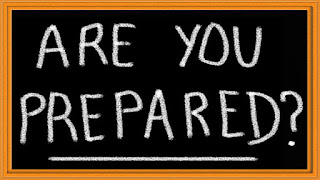 On June 13 2018 at 7:43pm, GMT, there is a New Moon taking place in the communicative, airy and mutable sign of Gemini. This is the last New Moon before the first solar eclipse of the summer that will be taking place on July 13 2018. Therefore, and in line with the nature of a mutable sign, the role of the lunar cycle that starts with the current New Moon is purely preparatory. In other words, it calls for us to arrange pending issues so that we are better prepared to close a significant chapter in our lives and open a new one around the July 13th eclipse. Indeed, unaspected Pluto suggests that a major transformation becomes an obsession, maybe because it cannot yet take roots. This is supported by the lack of fire, which indicates a lack of enthusiasm or drive to introduce anything new.

Due to the New Moon’s sign, the pending issues concern issues of communication, learning, moving and travelling. In fact, Mercury, the New Moon’s dispositor, is out-of-bounds in Cancer suggesting that these issues have to do with a rather extreme need for emotional attachment and contact that can provide at the same time the opportunity to open up unexpectedly new horizons (Mercury-Uranus sextile). However, Mercury’s involvement in a cardinal T-Square with opposing Saturn and Chiron atop highlights the need for action in order to find alternative ways to overcome obstacles that complicate communications, make travelling difficult and weigh the mind down.

Furthermore, the unique aspect the New Moon forms with other planets, that is, a sesquisquare with Mars conjunct the South Node at a critical degree ruled by Mercury, poses minor obstacles related to the need for disengagement from disruptive actions that cause reason for concern. Because of Mars’ upcoming retrogradation, these minor obstacles will attract our attention for the next few months, with particular emphasis around the following two dates: July 9 2018 and October 6 2018, because that is when Mars will occupy the same position it does now, in retrograde and direct motion respectively.

Finally, the square and sesquisquare Venus forms with Uranus and Neptune, respectively, seem to try relationships and collaborations due to a need for freedom and escape, which can easily trigger heat and tension (Venus = Mars/Pluto). Nevertheless, the Jupiter-Neptune trine can somewhat prevent things from getting too bad. In any case, we wish you enjoy the New Moon!
Posted by Dr. Vangelis Petritsis at 18:55