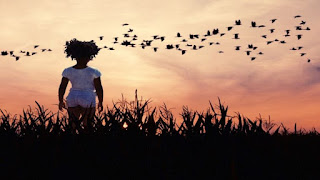 There is a solar eclipse taking place on August 11, 2018, at 9:57pm, GMT, in the creative, generous and impressive sign of Leo. It is the fifth and last eclipse of the year. It follows the lunar eclipse of July 27 and announces a curtain closure for the long hot summer about which we have already talked. As we have rewritten, although fear surrounds eclipses, one needs to understand that they are the culmination of processes that were being prepared a long time ago, often up to six months earlier. Given that, during an eclipse, one of the two Lights (Sun / Moon) "goes out", eclipses signify the end of a major chapter in our lives and the beginning of a new one.

This is all the more true of solar eclipses since such an eclipse is at the same time a New Moon, so the new beginning is a given. In particular, the new beginning marked by a solar eclipse will refer to solar issues such as our purpose in life and creativity, as well as our relationships with important men such as the father, boss or partner/husband. Furthermore, because an eclipse can be perceived as a shortage, there may be a sense of lack surrounding the above-mentioned issues or relationships that will mobilize one into action.

Presently, with Lights being in Leo, the eclipse seems to culminate procedures, to highlight shortcomings and to close / open chapters regarding creative and recreational issues, as well as issues that have to do with self-confidence and the need for making an impression or for enjoying luxury. In fact, the tightest aspect that the Lights form is a quincunx with Pluto, that is, with the same planet with which they formed the tightest aspect in the previous solar eclipse of July 13. It seems, therefore, that we are now called upon to find intelligent ways to adapt to the events marked by that eclipse.

We wrote back then that the July 13 eclipse led many to "confront with inner fears, obsessions and power games" and that it caused “the feeling that one’s security is under threat". Unfortunately, at a global level, the high temperatures, heatwaves and fires this summer seem to have severely threatened the feeling of security provided by Earth, our own home, and now we are called upon to find ways to adapt to the new reality.


In addition, the current eclipse with seven retrograde planets and the Lights separating from a conjunction with retrograde Mercury reflects the multitude of pending issues along with the slow reactions of many. This may be so because of the nostalgic thoughts for days gone by, thoughts, however, that one needs to distance themselves from. Besides, any financial and emotional difficulties or wounds are gone now, as evidenced by the separating T-Square between Venus, Saturn and Chiron. What is left is the two applying trines, those of Jupiter-Neptune and Saturn-Uranus. In other words, what is left is more faith and hope for a future with strong foundations that allows for the emergence of unexpectedly new horizons, despite the sense of “walking on eggshells”, a feeling that may still be true for many under the Mars-Uranus square. In any case, we wish you enjoy the rest of the summer!
Posted by Dr. Vangelis Petritsis at 18:41