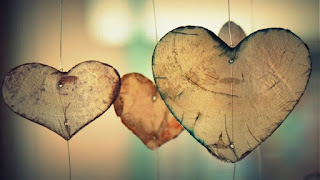 On December 7, 2018, at 7:20 am, GMT, there is a New Moon taking place in the optimistic, generous and extroverted sign of Sagittarius. It is the last New Moon of the year and introduces the last lunar month before the eclipses of January. Obviously, like every New Moon, this one too calls for us to make a new beginning in that part of one’s horoscope where it happens to occur. Due to the sign’s nature, this new beginning is directly related to legal, travel, educational and moral issues and seems to be slowly putting them in order. Besides, Jupiter, the New Moon’s dispositor, is in the same sign, the sign of his dignity. From there, he allows these issues to fall into place following the recent inability for some to achieve their deals (separating square between the New Moon and Mars/Neptune).

Additionally, Mercury is stationary direct signaling the end of a long period of delays and revisions over the past two months. These delays and revisions affected relationships and values, as well as communications (successive Venus-Mercury retrograde periods). The end of Mercury’s retrograde period is marked by a trine to Chiron, which allows for the healing of wounds that may have been caused by recent verbal conflicts or misunderstandings.

Together with the end of Mercury's retrograde period, there is also Saturn’s release from the shadow period of his previous retrogradation. Thus, one may notice the gradual completion of a number of revisions that have been pending since last spring. These regard issues of structures, rules and material safety. The implementation of the revisions will show even more within the next two weeks, given that both Mercury and Venus are released from the shadow period of their retrogradation.

For the time being, Venus is located at a difficult degree of the zodiac (the Moon’s pure fall), which results in insecurity in relationships and finances, following a two-month period of destabilization (Venus-Uranus separating opposition). Nevertheless, if there is something one can really do now to develop themselves, it is to be altruistic and free of selfishness – this seems to be the message of the North Lunar Node at Mars’ pure fall. In any case, we wish you a good and optimistic New Moon!
Posted by Dr. Vangelis Petritsis at 20:48