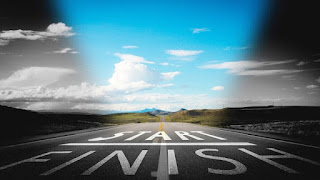 On March 6 2019, at 4:03pm, GMT, there is a New Moon taking place in the romantic, dreamy and sensitive sign of Pisces. Similarly to any New Moon, this one too brings a new beginning in that area of ​​one’s horoscope where it happens to fall. Due to the sign’s nature, this new beginning relates to ideals, escape and faith. Indeed, the New Moon is conjunct Neptune, its dispositor, at the degree of Mercury’s pure fall. This may translate as a new beginning that is based more on faith than on reason; faith in that things will go well despite the intense Neptunian colour of the New Moon, which speaks of confusion and uncertainty but perhaps also of sorrow. A sorrow that is associated with the knowledge of an impending end, as Mercury seems to be whispering, stationary retrograde at the anaeretic degree of Pisces, that is, the last degree of the zodiac.

The keyword here is ‘revision’ aiming at the closure of a significant chapter of ideas, communications, agreements, travel or learning. This revision involves pending issues that will be settled by the end of the month when Mercury turns direct, or at the latest by April 17 when Mercury is released from his shadow period. Helpful is the Mars-Saturn trine in earth signs and in sextile aspects to the New Moon and Neptune. The reason is that this trine promises relatively easy settling of pending issues, as well as achievement of ideals, as long as one has patience and a sense of planning.

However, the mutual reception of Venus in Aquarius and Uranus, which has just (re) entered Taurus, marks an upset in relationships and collaborations due to different values ​​or ideologies. Therefore, the current New Moon brings a new beginning that stirs ‘stagnant waters’ and has long-term prospects as long as one is ready to leave their comfort zone (Uranus at the first degree of Taurus). In any case, we wish you enjoy the New Moon!

Posted by Dr. Vangelis Petritsis at 20:44