Lunar Eclipse Across Gemini-Sagittarius: Relentless Clash between the Old and the New 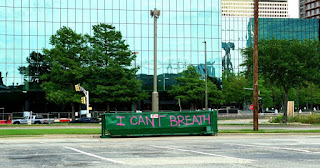 On June 5, 2020, at 7:12 pm, GMT, there is a lunar eclipse taking place across the Gemini-Sagittarius axis, the axis of intellect and movement. The eclipse marks the start of this summer's eclipse season with two more eclipses on June 21 and July 5 while it is also the first eclipse to occur with the Lunar Nodes axis changing signs. More specifically, the Lunar Nodes have just left the Cancer-Capricorn axis, ie the axis of structure, security and hierarchy, and are now entering the Gemini-Sagittarius axis. Thus, in the next year and a half, we will be dealing with educational, travel and ideological issues as well as issues that highlight the conflict between logic and faith or between science and religion.


The fact that the eclipse axis turns into a mutable T-Square with Mars-Neptune atop creates stress and a great need for taking action and going after one’s ideals, although it may be easy to give up or miss one’s target. At a more mundane level, Mars-Neptune symbolizes infections and the weakening of the immune system, so one can see how the appearance of the coronavirus has already caused great unrest and confusion along with ever-changing conditions. On the other hand, the hard activation of the eclipse axis by Saturn in Aquarius, combined with the Saturn-Uranus square, leaves little room for complacency as the sense of collective responsibility and group restraint is pervasive while the clash between the old and the new is relentless.
In addition, the lack of fire in the eclipse chart, with the Moon and the South Lunar Node in Sagittarius being the main points in that element, reveals the repressed optimism, faith and passion of the last few months. This repressed element is released abruptly or "awkwardly" near the days before and after the eclipse (Jupiter, the Moon’s dispositor, in conjunction with Pluto). In the realm of fire, however, lies aggression, and we see, unfortunately, how it has already materialized in the case of George Floyd, with his brutal death and subsequent demonstrations in the United States.
In fact, with Mercury out of bounds and in square and sextile with Chiron and Uranus, respectively, communications and travels take place in original ways but they seem to create wounds or push many to marginalization. Finally, it is important to note that the eclipse takes place with an inferior Sun-Venus conjunction. This suggests that the eclipse marks the beginning of a new important cycle of relationships, values, and financial issues that will bear - limited - fruit after the end of March 2021 with the next Sun-Venus superior conjunction. We wish that this eclipse leaves you as unscathed as possible!
Posted by Dr. Vangelis Petritsis at 16:00