Lunar Eclipse Across the Cancer-Capricorn Axis: Save Time 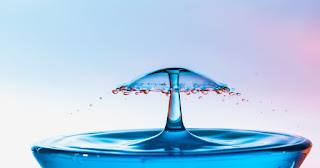 On July 5, 2020, at 04:44 am, GMT, there is a lunar eclipse taking place across the Cancer-Capricorn axis, the axis of structure, security and hierarchy. It is the last eclipse of the summer following the June 5th lunar eclipse and the June 21st solar eclipse. Therefore, this eclipse marks the end of the eclipse season as well as the end or the beginning of an important chapter in the personal and domestic life of many people, the goal being the achievement of greater material and emotional security.


In fact, Mercury retrograde in Cancer serves as a direct link to the previous lunar eclipse. It, thus, brings a gradual completion of communications, agreements, purchases or travels that have been pending since. The completion is expected by July 19, when Mercury direct occupies the same degree it occupies now. Although the Mercury-Mars square will lead to quarrels and disagreements, mainly due to impatience, the Venus-Mars sextile will also bring opportunities for compromise and understanding.
Additionally, it is important to emphasize that just three days before the eclipse retrograde Saturn had just ingressed back into Capricorn. This energy speaks of the urgent need to settle material and professional issues that have been pending since mid-March. Thus, for many, this eclipse brings with it the realization that time is pressing as Saturn's anaeretic position creates the feeling of "it’s either now or never." One will need to be sparing, however, with their use of time and material resources, because the cardinal emphasis of the eclipse chart shows a great appetite for initiating actions and projects that require large reserves of energy to complete.
At the same time, the Jupiter-Pluto conjunction in Saturn’s sign, along with the sextile they form with Neptune, speaks of an excessive and almost obsessive focus on trying to make a dream come true. So, if one is patient and methodical enough to devote time and work to fulfilling a dream in the next three months, then they are likely to see a first reward at the end of September, when Jupiter, Saturn and Pluto turn direct, and a second reward at the end of November when Neptune turns also direct. In any case, we wish you enjoy the lunar eclipse!

Posted by Dr. Vangelis Petritsis at 13:24