New Moon in Aquarius: Time for Women and Humanity 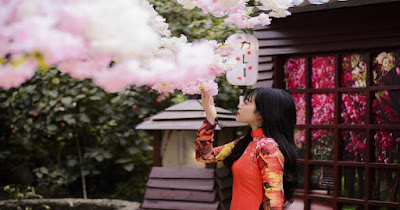 On February 11 2021 at 7:05 pm, GMT, there is a New Moon taking place in the collective, pioneering and revolutionary sign of Aquarius. Like any New Moon, this one too invites us to make a fresh start in that area of ​​one's horoscope where it happens to occur. Due to the sign’s nature, this new beginning is related to collective or group processes and has the tinge of avant-garde, innovation and revolution. After all, the central motto of Aquarius is that of the French Revolution "Liberty, Equality, Fraternity" with special application to the relations between the two sexes. In fact, with six planets in Aquarius, this motto is becoming more relevant than ever!

Clearly, the simultaneous presence of so many planets in one sign only is in itself extremely rare and unusual, especially when it takes place just a few days before the first act of the drama that we could describe as ‘Deconstruction and Reform’. This drama refers to the Saturn-Uranus waning square that becomes exact three times this year: on February 17, June 15 and December 24, 2021. Therefore, with the current New Moon, the first act of ‘Deconstruction’ is set in motion so that the ‘Reform’ is gradually brought about. The fact that Mercury is at the same time retrograde reveals that the act of Deconstruction has delayed for too long, while the tightest aspect under this New Moon, the Venus-Jupiter conjunction, suggests the need to appreciate and put the female presence back to its rightful place.

On a personal level, in what areas of your life are you expected to bring Deconstruction? Remember that if you do not take relevant initiative, others will take it for you, perhaps when you least expect it. Furthermore, how much have you truly honored the female presence in your life, especially by considering it equal to yourself? If you have not done so, somehow the universe will show you that “Liberty, Equality and Fraternity” are not empty words and that you have work to do.

On a social level, the need for transparency and accountability is deified as high-ranking officials are expected to account for their actions to society as a whole, as has happened in the past with corresponding concentrations of planets in Aquarius. The trials of Bill Clinton and Slobodan Milosevic, the first as a corrupt president who underestimated the position of women (Lewinsky scandal) and the second as a war criminal, are very characteristic examples. Crimes against women and against humanity are therefore coming to light under this New Moon.

Posted by Dr. Vangelis Petritsis at 10:00