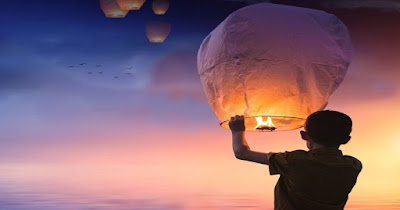 The fact, after all, that Pluto, modern sponsor of the Full Moon, is about to go retrograde, emphasizes the process of our ‘ascent’ to the upper world and the gradual abandonment of the world of darkness and shadows, similarly to Persephone. In fact, the presence of Venus on Menkar, the mouth of the Whale, a fixed star referring to both the myth of Andromeda and the story of the prophet Jonah, reminds us that we need to face the abyss before we can be redeemed.

Literally and materially, this ascent or exit is reflected in the gradual opening of society and the economy. On a more metaphorical and mental level, however, the exit means that we need to get rid of the delusions that each of us may be in, as well as to get rid of the fears and toxic patterns of thought and behavior.

The three-day stay of Jonah in the belly of the Whale, a fitting foreshadowing of the Crucifixion and the three-day Resurrection of Jesus Christ, is absolutely timely, and not only because of the days of Orthodox Easter…

But I will sacrifice unto thee with the voice of thanksgiving… Salvation is of the LORD. (Jonah 2:10)

Posted by Dr. Vangelis Petritsis at 18:06