Full Moon across Aries-Libra: War is Father of All 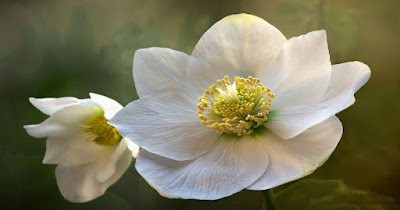 On April 16, 2022, at 6:55 pm GMT, there is a Full Moon taking place across Aries-Libra, the axis of ‘me and us’, peace and war. It is the first full moon following the new Jupiter-Neptune cycle that began on April 12 and, at the same time, the last full moon preceding the impending eclipse period marked by the April 30 solar eclipse and the May 16 lunar eclipse. Therefore, this is a highly charged Full Moon that illuminates the need to start a new cycle in our lives. This cycle speaks of great ideals, dreams, abundant artistic inspiration and creativity (Jupiter-Neptune in Pisces).

Of course, with Pluto squaring the Full Moon axis, this new cycle seems to begin with significant and fundamental changes that evoke inner fears and a general atmosphere of insecurity, threat or war. Clearly, the fear of the unknown caused by anything new, together with the accompanying resistance to the arrival of the new, plays its role under this Full Moon. However, many seem to be already familiar with the unlimited possibilities that the new can bring both in terms of values ​​ and finances as well as in terms of relationships and collaborations (Mercury-Uranus sextile Venus).

After all, the simultaneous presence of Venus and Mars, dispositors of the Lights, in the sign of Pisces will provide the necessary faith, hope and flexibility so that one can take their time to adapt to the new and to also help those around them to adapt. Of significant help will also be the adoption of romantic values ​​and the generous display of love (Venus in Pisces) despite or thanks to the objective obstacles posed by the apotheosis of war (Venus semisquare Pluto at the absolute exaltation of Mars). Therefore, if war is indeed the ‘father of all’, in line with Heraclitus, for what idea and purpose will you be willing to fight under this Full Moon and who will stand by you as ally?

Posted by Dr. Vangelis Petritsis at 16:27