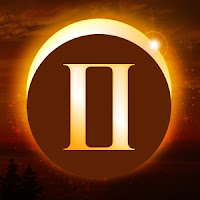 On Saturday June 8th 2013 at 4:57 pm, GMT, there is a New Moon on the 18th degree of Gemini. Just like it happens with every New Moon, this one too calls for a fresh start that is in line with the objectives of the sign of the New Moon and the house (area of activity) where it falls in our natal chart. The New Moon in Gemini invites us to make a new beginning in relation to our communication and learning abilities. Therefore, it favours any activities that have to do with public relations, communications, negotiations, compromises and exchange of ideas. Equally favoured are any activities associated with learning a new subject and collecting information regarding anything we find of interest.

Note, however, that the New Moon barely makes any aspects with other planets apart from a separating square with Chiron and a very wide (8°) approaching conjunction with Jupiter. On the one hand, the wide conjunction with Jupiter shows that this new beginning might be promising in terms of opening up our mental horizons. On the other hand, the square from Chiron in Pisces reveals that with this new beginning there is an emphasis on emotional traumas and the awareness that everyone can be a victim or become marginalized for different reasons. In its most positive manifestation this square from Chiron favours a keen interest in learning about issues of victimization, marginalization and alternative therapies. In any case, the lack of aspects received by this New Moon suggests that the new beginning we want to make is not easy to materialize and so it remains up in the sky. 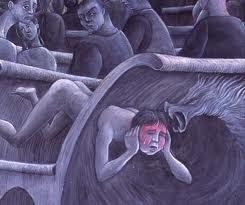 This is also suggested by the fact that Mercury, this New Moon’s dispositor, is about to enter its shadow period and to thus get ready for its retrograde period that starts on June 26th. Mercury is now just one degree away from the degree on which it will be found on July 20th when it turns back into direct motion. All this means that any new project we start under this New Moon with regard to communication and learning will not be completed until after July 20th. More specifically, around July 9th when Mercury retrograde meets the Sun (Sun-Mercury inferior conjunction) we will be "enlightened" with new ideas about the projects we now start so that we can revise them and readjust them in the light of our new ideas. From July 20th onwards we will be able to put in place our revised plans, the results of which we won’t see until after August 24th when Mercury in direct motion meets the Sun once more (Sun-Mercury superior conjunction). So, we’ll have to be equipped with great patience before we can see the fruits of this New Moon. Finally, let us note that the aspects that under this New Moon Mercury in Cancer receives from Uranus-Pluto and Saturn-Neptune suggest that the new beginning we are about to make now is going to change radically (Pluto) and possibly unexpectedly and revolutionarily (Uranus) the way we think up until now (Mercury), especially in terms of issues that have to do with our family, home and need to belong (Cancer). Also, the new beginning that this New Moon brings can potentially mark not only the dissolution of structures but also the materialization of our wildest dreams (Saturn-Neptune), again in terms of issues related to family, home and belongingness. Because Venus is conjunct Mercury and participates in the aspects that Mercury receives from Uranus-Pluto and Saturn-Neptune, note that the radical changes, dissolution of structures and materialization of dreams directly affect our relationships and finances. Enjoy the New Moon!

Posted by Dr. Vangelis Petritsis at 17:48