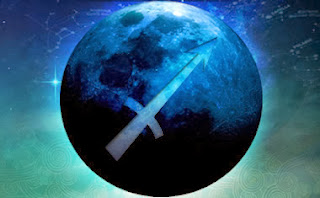 On Tuesday, December 3rd 2013 at 00:22 am, GMT, there is a New Moon at the 10th degree of the optimistic, sociable and knowledge-seeking sign of Sagittarius. Just like it happens with every New Moon, this one too gives us the opportunity to make a fresh start in that area of our life where the union of the Sun and the Moon takes place. Due to the nature of the sign of Sagittarius, this fresh start can provide us with more optimism and help us to broaden our mental horizons in order to set new goals for the future that may be though overly ambitious. Such goals include long-distance travel, higher education, teaching, publications and any kind of contact with people who live abroad or belong to other cultures.

Sagittarius-ruler Jupiter is in Cancer, the sign ruled by the Moon, and is thus in mutual reception with the Moon given that the latter is in a sign ruled by Jupiter. This means that there can be a good working relationship between the two planets, which makes this New Moon very lucky for all, especially for our families and home (Cancer). Receiving from or extending benefits to our families is almost sure to come along, while further possible scenarios include health improvement of a family member, arrival of offspring, changing homes or renovating/redecorating our homes. Moreover, the New Moon in trine aspect to Uranus can very easily bring unexpected and enthusiastic solutions to obstacles that cropped up recently because of Mercury’s retrogradation (after all it was not until after November 27th that Mercury was released from its retrograde period). Indeed, if we are willing to act methodically and with deep focus to detail, it is almost certain that the solutions mentioned above will be realistic and feasible (Mars in Virgo disposes of Uranus while in mutual reception with Mercury in Scorpio). 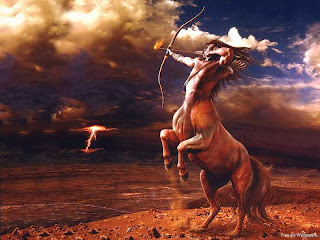 However, we should note that the optimism brought about by this New Moon is mitigated by one of the few aspects it forms with other planets. This aspect is a square to Chiron and it entails the emergence of intense emotional, as well as physical, wounds that can be healed though, following the analysis of the previous paragraph. Let us also note that Jupiter (Chiron’s dispositor) in opposition aspect to Venus talks about the possibility of spending a lot of money or expressing emotions in an overly sentimental manner because of the wounds mentioned above. In the event of physical wounds medical costs may be high while in the case of emotional wounds there can be lack of reciprocity in relationships, whereby when one’s hot the other one is cold. That is, one of the two partners in a relationship may express love so excessively that the other partner gets scared and keeps their distance. 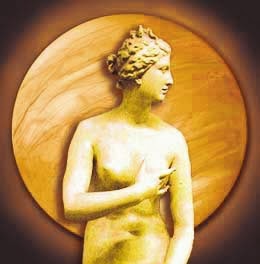 Anyway, we should all keep in mind that the effects of this New Moon will take time to materialize because Venus in Capricorn has already entered its shadow phase, that is, it’s getting ready to start its retrograde period soon. This means that Venus will return twice to the degree at which it is now: once on January 9th, while Venus is retrograde, and once more on February 24th, when Venus is back in direct motion. Therefore, changes or decisions that take place now regarding our relationships and finances will not be completed until after February 24th. Enjoy the New Moon!
Posted by Dr. Vangelis Petritsis at 19:12