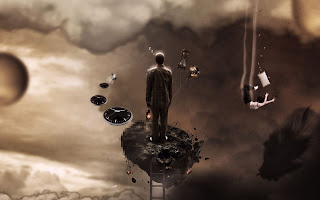 On August 29, 2015, 6:35pm, GMT, there is a Full Moon in the emotional, dreamy and unconditional sign of Pisces. Similarly to any Full Moon, the Sun is in the opposite sign, of Virgo in this case. Thus, the Full Moon calls for striking the right balance between two opposing but complementary energies and goals that are directly related to any new beginning we made at the last 14 August New Moon. If back then play and recreation had come as a belated gift to some of you, it now appears that this is about to end as the Sun in Virgo urges us to create more order, system and program in our lives. Besides, September is about to start and many adults return to their jobs while children return to school. On the other hand, however, the Moon in Pisces invites us to respect our basic need for escaping our daily routines and everyday worries so as to relax and dream even.

Moreover, the Moon is conjunct Neptune, the modern ruler of Pisces, so escape through daydreaming is almost bound to happen. Nevertheless, the difficulty of striking the right balance between fantasy (Pisces) and realism (Virgo), relaxation (Pisces) and control (Virgo), vagueness (Pisces) and program (Virgo) is further accentuated by the fact that the Sun is in its turn conjunct Jupiter. Thus, there is a magnification of the need for realistic, orderly and controlled creativity, which will need almost a year to make its full cycle, given the new Sun-Jupiter cycle that has just started. 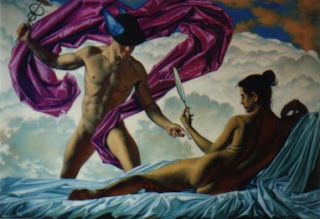 Ideally, the Full Moon speaks of gestation of dreams (Moon-Neptune) a small part of which will come true (Sun-Jupiter in Virgo) despite the friction (oppositions) and despite any intense difficulties and heavy burdens that already stand in the way, as indicated by the separating square of great orb that Saturn in Scorpio forms to the Full Moon axis. Saturn’s position makes direct reference to last year’s December as well as to last July and August. Finally, Venus is still retrograde and disposes Mercury who has already entered Libra, her sign. This paints Mercury in a “retrograde” colour. After all, Mercury has also entered its shadow period in view of its upcoming retrogradation that starts on September 18th and ends on October 8th. Therefore, any ideas or contacts that take place now and aim at cooperation (Mercury in Libra) based on some financial initiative (Venus, disposing Mercury, in conjunction with Mars) will either be slow to bear fruit or they will have to be revised. Meanwhile, dream moderately and enjoy the Full Moon!
Posted by Dr. Vangelis Petritsis at 17:57