New Moon in Leo: The Heart and the Back of the Lion 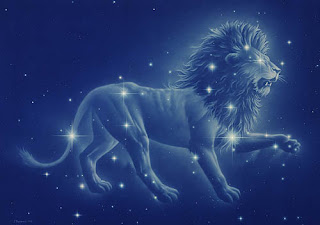 On August 14, 2015, at 2:53pm, GMT, there is a New Moon in the impressive, playful and extroverted sign of Leo. As every New Moon does, this one too marks a new beginning, which due to the sign allows for more fun, leisure, play and recreation. The presence of Venus retrograde conjunct the New Moon reveals that play and recreation come as a belated gift, as a gift that has been pending perhaps since July 4th when Venus was in the same position before its retrogradation, or at least since July 25th when Venus turned retrograde.

The New Moon’s conjunction with Venus retrograde can also be interpreted as a new financial beginning that is once more linked to early July and has a possible 19-month duration (until March 2017) due to the simultaneous new Sun-Venus cycle that opens now. Actually, Venus will be in the same position on September 29th, only one day after the September 28th lunar eclipse, which intensifies the seriousness of this New Moon and of any new financial beginning that comes along. Indeed, these days the third memorandum is being passed in Greece, which has a long-term character, makes direct reference to the July 5th referendum and involves developments that culminate in late September, even in the potential form of new elections. 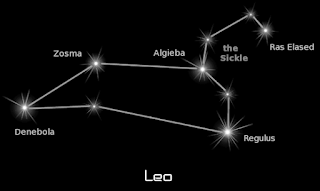 Finally, it is interesting to note that in the New Moon’s chart both Mercury and Jupiter are in Virgo each conjunct a triple fixed star, Zosma and Regulus, respectively. Zosma is found on the back of the Lion of Nemea, in the supposed spot where Hercules broke its back, whereas Regulus is located in the heart of the Lion. Zosma is traditionally regarded as an unfavorable star associated with melancholy, selfishness, greed and benefits earned through immoral means. The modern interpretation connects Zosma to the victim or a person who defends the victim. On the other hand, Regulus is traditionally regarded as one of the most benign stars that bring great strength and success in issues related to status and leadership. The modern interpretation connects Regulus to noble mind, fame, honour and great success as long as revenge is avoided.

One possible interpretation of the above is the following: a person who defends a victim in words (Mercury-Zosma) may be bestowed fame, success and a position of leadership and honour as long as revenge is not part of his/her motives (Jupiter/Regulus with Jupiter being disposed by Mercury). We leave the reader to think as to how this interpretation could be related to people of the current political scene in Greece… Enjoy the New Moon!
Posted by Dr. Vangelis Petritsis at 16:10