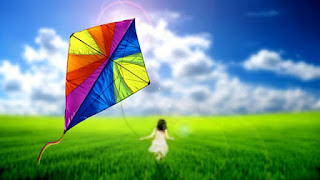 On February 22nd 2016 at 6:19 pm, GMT, there is a Full Moon in the orderly, realistic and hard-working sign of Virgo which means of course that the Sun is in the opposite sign of Pisces calling for the right balance between order (Virgo) and chaos (Pisces), realism (Virgo) and imagination (Pisces), work (Virgo) and escapism (Pisces). With Neptune, the modern ruler of Pisces, being conjunct the Sun, the balance seems to tilt significantly towards chaos, imagination and escapism. In fact, the Sun-Neptune conjunction is the apex of a planetary pattern that could be seen as a peculiar ‘kite’ where the Moon, Uranus and Pluto are also involved. We say ‘peculiar’ because there is no grand trine. Instead, there is another planetary pattern that is relatively rare and is known as ‘the Finger of the World’. In this pattern the Moon rests at the apex forming sesquisquares with Uranus and Pluto which are in square aspect to each other.

In decoding the above, we would first of all say that the simultaneous involvement of the Full Moon axis with all three outer planets (Uranus, Neptune, Pluto) is consistent with the message of the Sun-Neptune conjunction: denial of the basic need for order and predictability (Moon in Virgo) due to factors that are far beyond our conscious comprehension, let alone control. Therefore, surrendering to the universe and liberating oneself from the need for control and predictability seems to be part of the Full Moon’s message no matter how inconvenient this may sound to many. In other words, we’re in for utter disorganization… Besides, Mars is essentially unaspected which promotes inertia while Mercury, the Full Moon’s dispositor, is conjunct Venus in Aquarius providing our thinking with originality and familiarizing us with all things sudden and unpredictable.

Add to the above mixture a mutable T-Square which brings great mobility and activity that is extremely volatile, unpredictable and ultimately misplaced. The T-Square consists of the Jupiter-Chiron opposition along the axis of the Moon’s Nodes in square aspects to Saturn, the apex of the T-Square formation. Therefore, learning to release control (Jupiter in Virgo conjunct the North Node) seems to depend on repeated patterns of victimization and marginalization (Chiron conjunct the South Node) which in turn create feelings of great dissatisfaction (squares) that are associated with a good many restrictions and duties (Saturn in Sagittarius), perhaps the only achievements of the current period (Saturn at the apex of the T-Square).

Finally, it is worth noting that the Sun is conjunct the fixed star of Fomalhaut, one of the four Royal Stars of Persia. Fomalhaut is a reddish star found in the mouth of the Southern Fish, hence its name that in Arabic (fum-al-hut) means ‘the fish’s mouth’. Because of its orientation it is called ‘Watcher of the South’. Traditionally, it is considered to be a powerful star whose influence, however, is extremely variable as it can bring great fortune but also great malice. It has been associated with magic, alchemy and the occult and it may mark a change from a material to a spiritual viewpoint. According to Bernadette Brady, the modern interpretation of Fomalhaut has to do with success through noble ideals. Nevertheless, should the ideals be corrupt in any way, great loss and confusion follows. That is why it is advisable to pay attention to our motivations and ideals at the current Full Moon. We hope you enjoy it!
Posted by Dr. Vangelis Petritsis at 13:52