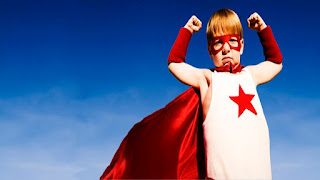 On April 7th 2016 at 10:23am, GMT, there is a New Moon in the dynamic, enthusiastic and pioneering sign of Aries. This is the first New Moon that follows the March eclipses and takes place in the first sign of the zodiac. If one also considers the fact that the New Moon is conjunct Uranus and that their midpoint falls right on the degree of the pure exaltation of the Sun, one realizes that being ‘first’ and taking the lead, as well as being heroic, are attributes highly favoured by the new beginning marked by this New Moon. More specifically, the new beginning seems to be accompanied by the apotheosis of concepts associated with the combination of Sun-Uranus such as the following: release (Uranus) of the Ego (Sun), groundbreaking (Uranus) creativity (Sun), original (Uranus) self-expression (Sun), revolutionary (Uranus) leadership (Sun), ideological (Uranus) heroism (Sun), solidarity (Uranus) with male figures (Sun), unexpected (Uranus) optimism (Sun) and exciting (Uranus) joy (Sun)!

However, the fact that the New Moon-Uranus conjunction is in square aspect to Pluto suggests that corruption, underground processes and power battles (Pluto) stand in the way (square) of the apotheosis of the concepts mentioned above. On a more positive note, this square aspect could manifest itself through the opening of brand new horizons (New Moon-Uranus) provided that one is able to ‘digest’ the feeling of dissatisfaction (square) that is left in the wake of some radical change or transformation that may have come through pain or necessity (Pluto). Keeping one’s eyes on the target may actually help cope with any radical change or transformation as evidenced by the trine the New Moon forms with Saturn in Sagittarius.

It is worth noting at this point that Mars, the New Moon’s dispositor, is also in Sagittarius widely conjunct Saturn and about to turn retrograde in ten days from now. Mars’ slow motion suggests delays in completing the new beginning marked by the New Moon. The reason has to do with a series of radical (Scorpio) and ideological (Sagittarius) revisions that will accompany Mars’ retrogradation through the signs of Scorpio and Sagittarius and that will thereby extend the New Moon’s influence until after mid-August when Mars returns to the same position and Saturn turns direct. In fact, Mars and Saturn being currently at the apex of a mutable T-Square that involves a Jupiter-Neptune opposition seems to indicate high, albeit somewhat pointless, activity (mutable T-Square) that aims at the satisfaction of big dreams (Jupiter-Neptune) despite multiple obstacles that limit one’s freedom of action (Mars-Saturn in Sagittarius at the T-Square apex).

Finally, it is important to mention that these obstacles affect communications due to the Mercury-Saturn sesquisquare. To this conclusion one is led also because of the utter lack of the element of air in the New Moon’s chart: therefore, there is a great blockage of the will and capacity not only for communication but also for objectivity. Besides, with Mercury on the Moon’s pure exaltation and in semi-sextile aspect to Venus in Aries, the mind will obsess over the need to find quick ways to achieve material security no matter how difficult that may seem. We wish you a ‘heroic’ New Moon!
Posted by Dr. Vangelis Petritsis at 16:04