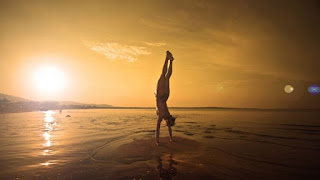 On January 12th 2017, at 11:33am, GMT, there is a Full Moon in the intuitive, protective and emotional sign of Cancer, which implies that the Sun is in Capricorn. It is the first Full Moon of the year and, similarly to any Full Moon, this one too calls for us to strike the right balance between two opposing forces. Presently, we have to balance between family and career; private and public life; emotions and cold logic.

Additionally, this Full Moon follows the 29th December New Moon and provokes us to break out of our ‘shell’. We say ‘provoke’ because the Full Moon’s chart features two patterns that Joyce Hopewell calls ‘provocative figures’. Interestingly, these two figures combine together to create a rare hexagonal formation, which one might call doubly provocative! Furthermore, being hexagonal implies that the formation’s basic motive is harmony, balance, cooperation and teamwork.

Therefore, although the need for keeping within one’s shell is very strong (Full Moon in Cancer), honouring it will be rather difficult (grand cross). The reason is related to important constraints imposed from above (Sun-Pluto in Capricorn) that lead to multiple, yet mutually exclusive, initiatives and actions (cardinal grand cross). Not only do these actions attack what is usual and familiar but they also involve the transition to spheres where the strange and the unorthodox prevail (Moon squares to Jupiter-Uranus). Factors that may facilitate this transition (ambivalence triangles) comprise the ability to bend the rules (Saturn in Sagittarius) as well as the ability to act in alternative and flexible ways (Mars-Chiron in Pisces).

In conclusion, it seems that the ‘doubly provocative’ hexagonal pattern in the Full Moon’s chart increases the appetite for action and creates an explosive mixture that involves plenty of possibilities for radical changes at all levels. Nevertheless, the great challenge here is for one to be able, through these changes, to achieve the level of harmony and cooperation pursued by a hexagonal pattern. Also, the lack of fixity in the Full Moon’s chart indicates that any changes cannot take root yet, so their revision is to be expected in the near future.

Finally, Mercury, unaspected and anaeretic in Sagittarius, creates mental overload and excessive worrying over how things could go but doesn’t seem to lead anywhere. Therefore, the Venus-Neptune ‘island’ in Pisces may serve as a lifeline where love and art become means of escape or where, alternatively, harmony is idealized and, thus, becomes illusory. If anything, we wish you a romantic Full Moon!
Posted by Dr. Vangelis Petritsis at 20:51