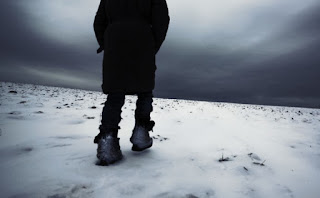 On January 28th 2017, at 12:06am, GMT, there is a New Moon in the freedom-loving, subversive and innovative sign of Aquarius. This is the first New Moon of the year and, similarly to any New Moon, this one too calls for us to make a fresh start in that area of our horoscope where the New Moon occurs. Due to the sign, this fresh start is related to the need for more freedom and experimentation. It is also related to the need for friendship, social networking and feeling part of a team. And, because this New Moon precedes the 11th February lunar eclipse, it prepares us for some highly emotional outburst. After all, the New Moon takes place at a critical degree ruled by Mercury, thus turning mercurial issues, such as communications, transportations, transactions and classes/seminars, rather critical. Given, also, that Mercury is at Jupiter’s absolute fall conjunct Pluto, the criticality is associated with a need for a radical change of mentality, which, however, tends to pessimism.

Besides, Jupiter in Libra is about to go retrograde in opposition to Uranus, thus forming a T-Square with the Mercury-Pluto conjunction atop. This way, there appears to be plenty of dissatisfaction and mobility because things are thrown off balance, more or less suddenly, despite the harmony that might have been achieved in the last few months. And with Uranus, the New Moon’s dispositor, at Saturn’s absolute fall the loss of balance does not leave much room for playing by the rules or for going by the book. Note, though, that the loss of balance may be more manageable if one seizes the opportunity for adopting new rules (Saturn in Sagittarius atop an ambivalence triangle with Jupiter-Uranus).

In any case, Saturn, the New Moon’s traditional dispositor, is in a square aspect to Venus and Chiron in Pisces. Consequently, any new beginning is subject to financial constraints and insecurity. Actually, financial insecurity is quite pronounced given that the Moon’s Nodes are at a critical degree ruled by Venus. Therefore, tightening our belt seems almost inevitable no matter how much one fights to escape with Mars anaeretic in Pisces and Neptune on the Moon’s South Node. Anyway, make sure you enjoy this New Moon because, if nothing else, it allows you to experiment!
Posted by Dr. Vangelis Petritsis at 11:28