Solar Eclipse in Pisces: ‘’This Is The End…’’ 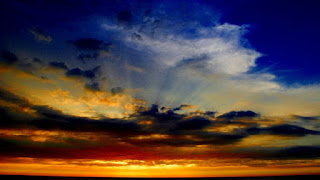 On February 26th 2017 at 14:58, GMT, there is a solar eclipse in the romantic, dreamy and melancholic sign of Pisces. Although eclipses are often met with fear and awe, we’d like to stress the fact that eclipses, especially the solar ones, mark the beginning or end of significant chapters in our lives. More specifically, solar eclipses mark chapters related to our creativity, self-confidence and purpose in life. In addition, they highlight issues concerning relationships with important male figures such as the father, the husband/partner or boss. Of course, eclipses can be experienced as a kind of shortage in that area of one’s horoscope where they occur.  The duration of their influence varies admittedly from two to four weeks at least before and after.

Regarding this solar eclipse, the sense of ending is extremely high due to two main reasons. Not only because it takes place in the very last sign of the zodiac but also because this is the last eclipse to take place across the Virgo-Pisces axis. It’s across this axis that most of the eclipses have occurred in the last two years: four solar eclipses (the first on March 20th 2015, the second on September 13th 2015, the third on March 9th 2016 and the fourth on September 1st 2016) and only one lunar on September 16th 2016. So, this eclipse portends the final resolution of issues that have troubled us for the last couple of years and that are related to these two signs. Such issues involve work, health, service and charity.

It is worth noting that both Neptune, the eclipse’s modern dispositor, and Mercury are conjunct the eclipse, albeit Mercury is so by a much wider orb. Therefore, a chapter may now open or close where relationships with men and key persons invoke our emotions and invite us to think and communicate in terms of compassion and understanding. However, caution is needed because the eclipse is accompanied by a T-Square where Pluto is atop and where Jupiter is opposite the Mars-Uranus conjunction on Saturn’s absolute fall. This formation may cause profound changes and upheavals through explosive and unexpected behaviours that show little respect for rules.

Nevertheless, such behaviours may lead to revisions in relationships and financial transactions that do not necessarily lead anywhere. This seems to be the message of unaspected Venus being in shadow and in preparation of her retrogradation on March 5th 2017. After all, the eclipse’s chart lacks fixity, so anything that starts now is bound to be revised soon. In any case, we wish that, should you decide to close any chapter now, you do so in full awareness that there is no turning back! ‘’This is the end, my only friend, the end…’’
Posted by Dr. Vangelis Petritsis at 21:42