New Moon in Capricorn: Superheroes in the Spotlight! 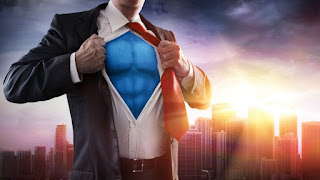 On January 17th 2018 at 2:17am, GMT, there is a New Moon taking place in the realistic, methodical and enterprising sign of Capricorn. Similarly to any New Moon, this one too invites us to make a new beginning in that area of one’s horoscope where it happens to fall. Due to the sign’s nature, this New Moon concerns new beginnings regarding business and entrepreneurship, as well as beginnings that favor the introduction of new methods aiming at greater autonomy, higher efficiency and time-saving.

Indeed, the simultaneous presence of six (!) planets in the sign of Capricorn points to the importance and to the long-term prospects of this new beginning. The importance is also evident in the fact that this is the first New Moon of the year, which is followed two weeks later by the first Eclipse of the year (31/1). Therefore, this New Moon prepares the ending of a major chapter in our lives and the beginning of a new one about which we’ll talk closer to the Eclipse. It is also worth mentioning that among the planets that are currently transiting Capricorn is out-of-bounds Mercury, which provides us with the ability to think out of the box in terms of entrepreneurship and organization issues.

Additionally, the New Moon is conjunct Venus, who, from the degree of Mars’ pure exaltation, turns superheroes of all kinds attractive while valuing new beginnings that aim as high as possible. Nevertheless, the semi-squares that the New Moon and the Mars-Jupiter conjunction form, respectively, with Neptune and the Mercury-Saturn conjunction, reveal a series of secondary, material or objective, obstacles that are placed in our way. So, there seem to be some objective difficulties not only in the attempt to fully align the new beginning with our ideals, but also in the attempt to communicate in a clear and structured manner any developmental initiative required by this new beginning - this is further emphasized by the utter absence of the element of air in the New Moon’s horoscope.

Key (Chiron), however, in overcoming these obstacles seems to be the undertaking of liberal and original actions, difficult as that may seem under the present conditions (Mars-Uranus quincunx), in line with the planetary pattern that involves the New Moon, Mars, Chiron and Uranus. In any case, we wish you have a nice and constructive New Moon!
Posted by Dr. Vangelis Petritsis at 14:01