Full Moon Across Virgo-Pisces: Dreams and Ideologies Under Attack! 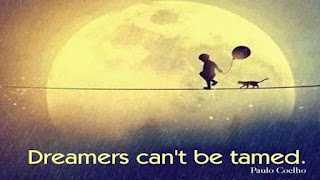 On March 2nd 2018 at 00:51am, GMT, there is a Full Moon taking place with the Moon in Virgo and the Sun in Pisces. Similarly to any Full Moon, this one too calls for us to strike the right balance between opposing forces. Presently, the balance concerns a dilemma between realism and imagination, order and chaos, control and relaxation. Nevertheless, the balance tilts dramatically towards the pole of imagination, chaos and relaxation given the Sun’s conjunction with Neptune and the simultaneous presence of three more planets in the sign of Pisces, among which the Full Moon’s dispositor, Mercury, is also found.

In fact, Mercury is conjunct Venus and Chiron generating ideas and communications regarding alternative values or values that highlight diversity. On a negative note, however, this stellium produces feelings of vulnerability due to failed expectations for companionship and co-operation (Chiron on the degree of Venus’ pure exaltation). Additionally, Mars in Sagittarius squares this Mercury-Venus-Chiron stellium and triggers ideological or moral conflicts and disputes about the alternative values and the failed expectations mentioned above.

On a positive note, the trine that Jupiter forms with this stellium and the mutual reception he has with Mars has a mitigating effect on these conflicts and disputes thanks to the demonstration of optimism and generosity. However, the close and harsh activation of the Full Moon axis by two generational planets (Uranus and Neptune) emphasizes the culmination of processes that put the dreams and ideologies of large masses of people to the test. In any case, we wish you a good and relaxing Full Moon!
Posted by Dr. Vangelis Petritsis at 13:35