New Moon in Taurus: Keep Your Sword At Hand! 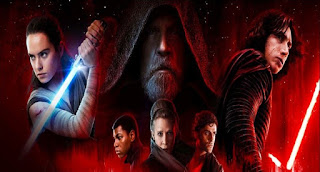 On May 15 2018 at 11:47am, GMT, there is a New Moon taking place in the stable, earthy and realistic sign of Taurus. Just like it happens with any New Moon, this one too calls for us to make a new beginning in that area of one’s horoscope where it takes place. Due to the sign’s nature, this New Moon has to do with - among other things - the need for material security, peace and stability. This need is reinforced by the earth emphasis evident in the New Moon’s chart.

In fact, with Mercury in the same sign, at the degree of Moon’s pure exaltation, and with the Lights very closely activating the Mercury/Neptune midpoint, it is almost certain that the above needs will be overwhelming for the minds of many. Furthermore, if one takes into account the fact that the New Moon’s dispositor, Venus, is out of bounds, they will understand that one needs to come up with highly imaginative, unusual, irregular and even illegal solutions for achieving material security, peace and stability…

Besides, this New Moon in Taurus takes place with Uranus, the rebel, having almost entered the same sign. Therefore, it seems that this new beginning, although aiming at more stability and material security, requires some spectacular subversion and break with the past, as also suggested by the exact Mars-Uranus square at anaeretic degrees of the zodiac, a highly explosive, subversive and reckless combination. Indeed, the exact New Moon’s conjunction with the fixed star of Capulus, at Perseus’ sword, indicates the great momentum and courage that one will need to cut off ‘Medusa’s head’ in order to deal with deep-seated fears related to change or to breaking from past habits.

Despite the anxiety or fear signified by the Mars-Uranus square and the New Moon’s conjunction with Capulus, Mercury in Taurus in separating conjunction with Uranus and applying trine with Saturn is able to come up with realistic ways to soothe the mind and ‘digest’ the rupture with the past indicated by Uranus. In any case, we wish you an enjoyable and subversive New Moon!
Posted by Dr. Vangelis Petritsis at 15:31