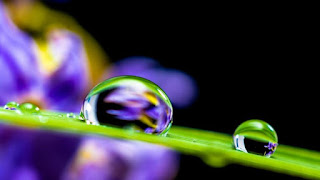 On October 24, 2018 at 4:45pm, GMT, there is a Full Moon taking place across the Taurus-Scorpio axis, the axis of survival as well as the axis of physical and emotional security. The Moon is in the sign of its exaltation (Taurus) and the Sun is in Scorpio. Similarly to any Full Moon, this one too calls for us to strike the right balance between opposing forces. Presently, with the Moon and Uranus in conjunction opposite the Sun and Venus, we are expected to balance between the following: on the one hand, the need for relief from material constraints (Moon-Uranus in Taurus) and, on the other, the need to draw joy from unusual relationships aimed at the emotional experience and sharing (Sun-Venus retrograde in Scorpio).

Given that the Moon-Uranus conjunction is in a Venus-ruled sign, Venus has the upper hand, and so it seems that this Full Moon pushes us to attach more value to emotional bonding rather than material security. Although one may experience this as disturbance of their material security and predictability, rule compliance and effective planning will be quite helpful (Saturn in Capricorn atop an ambivalence trine with the Full-Moon axis).

Of course, Venus retrograde underlines the fact that there are issues surrounding values, relationships and economic dealings that have been pending at least since mid-September when Venus was on the same degree it occupies now. Considering that she will return there on December 9, 2018 shortly after Mercury turns back to direct motion, who is now on a critical degree ruled by Jupiter and in conjunction with him in Scorpio, one realizes that the above issues will take their time to resolve. The reason relates to the need for scrutinizing a great deal of information critical for our future growth. Nevertheless, the fixed emphasis and the stabilizing presence of Saturn sound promising for the implementation and completion of projects despite the potential delays. In any case, we wish you a good and enjoyable Full Moon!
Posted by Dr. Vangelis Petritsis at 19:22