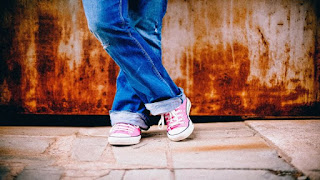 On November 23rd 2018, at 5:30am, GMT, there is a Full Moon taking place across the Gemini-Sagittarius axis, the axis of the intellect. It follows the Scorpio New Moon, which gave us a ‘last chance for a grand transformation'. Presently, this transformation is fully ripe but is still unable to take roots. This is so because the Full Moon chart has a complete lack of fixity. Besides, the Moon’s dispositor, Mercury, is retrograde in Sagittarius, thus favouring the revision of educational, legal and travel issues.

In concert with the fact that Mars activates the 26 August 2018 Full Moon, there seem to be pending issues that have been in need of settlement ever since. These issues entail covering short and long distances. They also entail collecting and communicating data and information. Jupiter’s participation in the Full Moon axis multiplies the need to cover distances and magnifies the amount of information and data to be collected and communicated. In fact, Mars transforms the Full Moon axis into a mutable T-Square, which involves chaotic and unstable movements and ‘much ado about nothing’.  However, the respective conjunctions of Mercury and Mars with the royal fixed stars of Antares and Fomalhaut promise success.

Prerequisite for success, though, is the serving of noble ideals and the avoidance of becoming obsessed with success. If these conditions are not met, undermining moves and confusion may occur. The potential for confusion, undermining and disorientation is, however, quite high because Neptune turns direct in the next couple of days that follow the Full Moon. Finally, one should pay special attention to relationships and collaborations because the Venus-Uranus opposition is quite destabilizing, which may hurt… (North Node = Sun/Chiron = Moon/Chiron = Uranus). In any case, we wish you enjoy the Full Moon!

Posted by Dr. Vangelis Petritsis at 18:04