New Moon in Scorpio: Last Chance for a Grand Transformation! 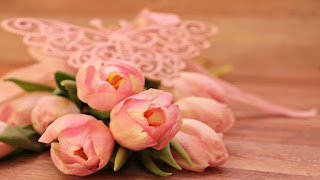 On November 7th 2018, at 4:01pm, GMT, there is a New Moon taking place in the fixed, emotional and transformative sign of Scorpio. Similarly to every New Moon, this one too calls for us to make a new beginning in that area of ​​one’s horoscope where it happens to fall. Presently, due to the sign’s nature, the new beginning relates to emotional matters as well as to issues concerning the need for radical change and transformation. Indeed, the current New Moon is the last to take place with Jupiter in the same sign and with the Lunar Nodes across the Leo-Aquarius axis.

Already on November 8th, Jupiter enters Sagittarius while the Lunar Nodes enter the Cancer-Capricorn axis from the 16th onwards. In concert with the sextile the New Moon forms with its modern dispositor, Pluto, it is almost certain that there is one last chance for a grand transformation. The trine between the New Moon and Neptune, combined with the retrograde Venus-Mars trine, allows this transformation to reach some ideal. This ideal may have to do with re-reconciliation in relationships that were threatened with a break-up last month. Nevertheless, the activation of the Jupiter/North Node and Jupiter/Uranus midpoints by the Lights reveals that rupture within relationships, groups and collectivities may be ultimately necessary. Perhaps this is the only way for the new beginning to lead to improvement, development and opening-up of new horizons.

In any case, it is clear that for a month now retrograde Venus has urged many to reconsider relationships and collaborations. In combination with the simultaneous return of Uranus in Aries, this implies that many may see with completely different eyes any new relationships, partnerships or values ​​that came into their life last spring. A first result of the above will show around November 25th. At that time Venus and Mercury will be in the same position as they are now, the former in direct motion while the latter in retrograde motion. Of course, Neptune going back to direct motion on the same day (Nov 25) will probably cloud matters even further rather than clear them up. One will have to wait for Mercury to get back to the same position on December 20th for things to become clearer. Besides, currently Mercury is out of bounds and square Neptune. Thus, Mercury allows the production of ideas and opinions that are of extreme character, perhaps because its critical ability is still "blurred". In any case, we wish you a good and transformative New Moon!
Posted by Dr. Vangelis Petritsis at 13:48