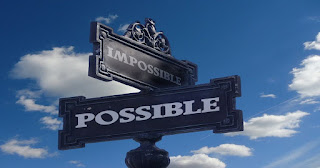 On September 14 2019, at 4:32am, GMT, there is a Full Moon taking place across the Virgo-Pisces axis, the axis of service and devotion to a cause. Like every Full Moon, this one too calls for us to strike the right balance between opposing forces. Presently one needs to strike a balance between realism and fantasy, order and chaos, work and escape. And with four planets in Virgo, at the anaeretic degree of which there is Venus and dispositor Mercury, the balance tilts dramatically towards the need for realism, order and work, a need that may come with exaggeration.


After all, Saturn conjunct Pluto goes back to direct motion a few days after the Full Moon, creating a deep sense of urgency, as if professional issues and important obligations, pending at least since last April, have to be settled ‘now or never’. In addition, Saturn is atop an ambivalence trine where the Mars-Neptune opposition is involved, at critical degrees of Saturn, signaling potential getaways and trips for business or for other obligations, such as loans, mortgages and inheritance (Pluto). There also seems to be an opportunity for materializing a dream (Saturn sextile Neptune) despite the reduced material security it may temporarily bring about (Saturn conjunct Lunar South Node).
Moreover, we remind our readers that this Full Moon is the culmination of processes that began around the August 30 New Moon, which promised some great practical, material or financial gift that could have a two-year horizon. Of course, the mutable T-Square between Mars, Jupiter and Neptune produces a climate of fluidity, volatility and high mobility due to conflicting ideals and visions, but there is the will to compromise.
Finally, because the devil is in the details, one will need to pay special attention to them given the Virgo emphasis, especially because the lack of air in the Full Moon chart makes communications difficult, while the stressful aspects Uranus forms with the Full Moon axis (semisextile and sesquisquare) create minor irritations due to unforeseen developments. In any case, we wish you enjoy the Full Moon!
Posted by Dr. Vangelis Petritsis at 17:51