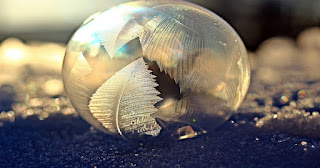 On November 26, 2019 at 3:05 pm, GMT, there is a New Moon taking place in the optimistic, liberal and travel-loving sign of Sagittarius. Like every New Moon, this one too invites us to make a new beginning in that area of ​​one's horoscope where it happens to fall. Due to the nature of the sign, this beginning concerns issues of development, expansion and freedom, as well as issues of law, ethics, higher education, travel and publishing. Given Neptune’s highly emphasized presence due to him turning direct, the new beginning refers to dreams and ideals of growth, freedom, education and travel that may have been ‘on ice’ since last June when Neptune turned retrograde.

Neptune's involvement in the minor grand trine along with Mercury and Saturn helps to design, organize and handle communications, agreements and travels in an almost ideal manner. We say "almost" because Neptune is at Mercury’s pure fall while the element of air is completely absent. Therefore, one may expect some communication failures and misunderstandings as well as difficulties in traveling. These may be due to glossing over the details or excessively believing that everything will go well. More specifically, Mercury's degree refers to communications, agreements and moves that may be pending since the full moon of October 14.

In addition, the fact that the New Moon takes place at a critical degree ruled by Venus while herself is out of bounds in Capricorn, at a critical degree ruled by the Sun and in a square with Chiron reveals the likelihood of crisis in relationships, partnerships and financial transactions. This crisis reminds us that the development and growth pursued by the current New Moon will not come unless there is more space in relationships, more innovation in partnerships and more inventive ways to make money or find material resources. At least, the trine of Venus with Uranus brings sudden and unexpected solutions despite the simultaneous irritations created by liberating or unpredictable actions (Mars-Uranus opposition in semi-sextile and quincunx with the New Moon).

Finally, the current New Moon is the last before its dispositor, Jupiter, leaves Sagittarius for Capricorn on December 2. Going over the top with money and pleasure is therefore likely because of the sense that there is not much room left for such moves. After all, this is in line with the fact that the New Moon closely activates the Saturn/Pluto midpoint. In any case we wish you enjoy the New Moon!
Posted by Dr. Vangelis Petritsis at 14:50