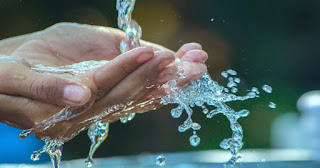 On March 24 2020, at 09:28am, GMT, there is a New Moon taking place in the dynamic, courageous and enthusiastic zodiac sign of Aries. It is the first New Moon to occur after the Spring Equinox (20/3) and Saturn's ingress into Aquarius (22/3), triggering at the same time the December 26, 2019 solar eclipse via hard aspects about which we had written (click here for the full-text article):
"This stresses the need for serious, methodical and radical changes as a prerequisite for any future expansion and development that this new chapter may promise. Further prerequisites include a definitive cut off from anything rotten or useless - despite the accompanying pain - forced restrictions, radical overhaul of one’s relationship with ancestors and the past as well as a profound ability of organization, order and strategy."


We also wrote that "none of the above will evolve into anything useful unless one manages to show understanding and to embrace and protect important others despite or maybe because of any material disturbances or obstacles." Unfortunately, the harsh activation of that eclipse by the present New Moon has confirmed in the worst possible way what we wrote back then, given the forced restrictions imposed for the coronavirus, precisely in order to protect the important others in our lives.
At present, the applying conjunction of the New Moon with Chiron highlights the need to heal wounds or to overcome feelings of disadvantage associated with our confidence and dynamism. The foundations for finding a cure for coronavirus may be laid now, as shown by the creative quintile aspects Jupiter forms with the New Moon and Chiron. However, the strong emphasis on the earth element, as well as the absence of air, delays developments and renders difficult the collection of objective data that could help the scientific community have a comprehensive view of the situation. Additionally, the semisquare formed between the New Moon and Venus speaks of objective, albeit secondary, obstacles that have a predominantly economic basis, while the semisextile formed between the New Moon and Uranus requires a great deal of adjustment to the unpredictable and unusual nature of the virus.
In limiting the spread of the virus, if not finding the cure, Mars, this New Moon’s dispositor, can be helpful. By virtue of being in Capricorn at a critical degree ruled by himself, Mars restricts our movements and actions due to the insecurity caused by his encounter with Jupiter-Pluto (multitude of deaths...). The lack of air combined with the fact that Mercury is in debility and doesn’t make any applying aspects indicates "numbness" in communications and difficulty in travel, which may be completely banned by March 30th when Mars meets Saturn in Aquarius. After all, the close activation of the Uranus/Pluto midpoint by Saturn is indicative of the profound upheaval that has already started to take place both at a material and professional level as well as the state level… We hope you are all well and safe!
Posted by Dr. Vangelis Petritsis at 15:56