Solar Eclipse in Capricorn: The Difficult Path to Freedom 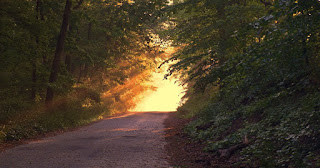 On December 26, 2019, at 5:12 am, GMT, there is a solar eclipse in the ambitious and methodical sign of Capricorn. It is the last eclipse of the year and marks the end and at the same time the beginning of a significant chapter in many people's lives. Just like it happens with any solar eclipse, this important chapter deals with solar issues, such as identity, creativity and purpose in life, as well as issues related to important male figures such as the father, spouse or employer. The fact that the eclipse takes place in Capricorn raises issues of delimitation, organization and material security in relation to the above. For example, the eclipse may be perceived as an urgent need to set new long-term and high goals regarding our identity and creativity or our relationship with important men.

Indeed, the closest applying aspect the Lights receive is a conjunction with Jupiter, which reveals that the chapter that begins now enjoys favor and protection, albeit limited or conditional given the applying conjunction with the South Lunar Node in Capricorn. After all, Saturn, the dispositor of the Lights and Jupiter, is in the same zodiac sign conjunct Pluto: this stresses the need for serious, methodical and radical changes as a prerequisite for any future expansion and development that this new chapter may promise. Further prerequisites include a definitive cut off from anything rotten or useless - despite the accompanying pain - forced restrictions, radical overhaul of one’s relationship with ancestors and the past as well as a profound ability of organization, order and strategy.

Unexpected help on this admittedly difficult way paved by the five planets in Capricorn may eventually come from both Venus in Aquarius and out-of-bounds Mercury in Sagittarius. The common denominator of these two planetary positions is freedom in terms of mind, relationships and values. Therefore, if one can see the liberation that comes from breaking away from one’s past, they will be among the most favored under this eclipse.

Finally, we need to emphasize that, with the North Lunar Node in Cancer, none of the above will evolve into anything useful unless one manages to show understanding and to embrace and protect important others despite or maybe because of any material disturbances or obstacles (Moon in Capricorn disposing of the North Lunar Node). In any case, we wish that the solar eclipse makes your path to freedom as easy as possible!
Posted by Dr. Vangelis Petritsis at 22:28