New Moon in Scorpio: On Your Mark… Get Set… Go? 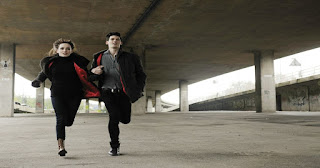 On November 15 2020, at 05:07 am, GMT, there is a New Moon taking place in the emotional and transformative sign of Scorpio. Like every New Moon, this one too marks a new beginning in that area of one's horoscope where it happens to occur. This New Moon culminates with the Full Moon of November 30, which is a lunar eclipse. Thus, this new beginning is extremely important. Due to the nature of the sign, the new beginning concerns issues of emotional security and attachment and can cause some kind of crisis that leads to slow but profound change and transformation.

More specifically, the sextiles the New Moon forms with the Jupiter-Saturn-Pluto stellium indicate the creation of opportunities to put paid to structures and theories that have outlived their purpose. In its most positive manifestation, this New Moon is able to mark the beginning of catharsis and purification along with the creation of more depth in all those relationships and together with all those people who are the pillars in our lives. In its most negative manifestation, however, the New Moon can bring an end or death to relationships or situations that have reached a complete standstill. After all, Venus, from the sign of her dignity, receives squares from Jupiter-Saturn-Pluto, emphasizing the need to look for meaning in the purification of the structures and rules that define our relationships and values.

At the same time, Mars, the New Moon’s traditional dispositor, has only now begun to go back to direct motion, revealing abundance of energy that has been accumulating over the last few months. There is, therefore, an urgent need to channel this energy, even though it still seems difficult to find appropriate outlet (Mars practically unaspected), which paves the way for sudden, urgent and subversive developments in relationships and groups of people (Mars = Uranus / Lunar North Node). It does not help either, the fact that communications remain unpredictable and confusing (Mercury receiving harsh aspects from Uranus and Neptune) despite Mercury having gone back to direct motion. Patience is advised for all new beginnings that may have been pending since last summer. We wish you enjoy the New Moon!

Posted by Dr. Vangelis Petritsis at 19:50