Full Moon across Leo-Aquarius: The Second Time is the Charm 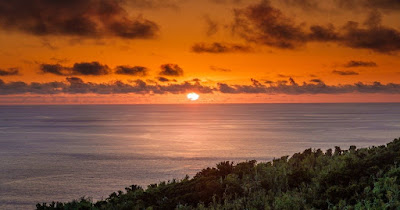 On August 22, 2021, at 12:01 pm, GMT, there is a Full Moon taking place across the Leo-Aquarius axis, the axis of individuality and collectivity. It follows the New Moon of August 8, which brought a change of plans to many, and is the second Full Moon of the summer that occurs on the same axis, given that the previous Full Moon occurred again across Leo-Aquarius on July 24. Apart from the fact that it is relatively rare to have two consecutive Full Moons occur on the same axis, it is of great interest that the current one occurs in the anaeretic degree, that is, the last degree of the axis.

Thus, on the one hand, there is a second chance to achieve things that one could not accomplish the first time around. On the other hand, however, the anaeretic position of the Lights makes us realize that this chance is the last. This results to a lot of "fuss" and a sense of urgency, because if something does not happen now, it may never happen again. In fact, the participation of Jupiter across the Full Moon axis further inflates the feeling of urgency and, with it, the need for freedom, relaxation and absence of restraints.

At the individual level, one can clearly see how this can be one’s last chance for creativity, entertainment, fun and escape with friends and groups or in some collective context. Having fun as if there was no tomorrow, one might say, combined with an unbridled need for freedom that reaches the limits of deviation (Lights = Mars/Uranus). At the social level, if the first full moon was the "Decapitation of Democracy", does this second one come to complete the work of the first? We do not forget, after all, that Uranus has just turned retrograde in trine aspect with Mercury-Mars from Virgo and in square aspect with Saturn. This leads to the state administration having no more room left for remaining silent against rebellious voices. In anticipation of the state reaction, you can seize the opportunity to strengthen relationships and think of ways to combine freedom with compliance… (Venus in trine with Saturn, Uranus in trine with planets in Virgo)

Posted by Dr. Vangelis Petritsis at 15:13