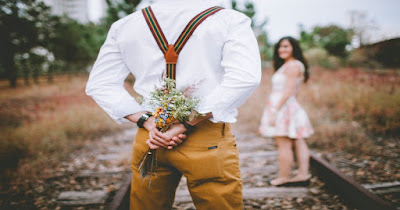 On March 18, 2022, at 7:17am, GMT, there is a Full Moon taking place across the Virgo-Pisces axis, the axis of service and devotion to something higher. Like any Full Moon, this one too culminates processes that began with the previous New Moon, which spoke of some kind of growth or expansion that would allow for more freedom. In fact, the Moon in Virgo now emphasizes the need for order, realism and planning, which, however, does not seem to be fully satisfied, given that Mercury, the Moon’s dispositor, is in the sign of Pisces where one also finds Jupiter, Neptune and the Sun. The highly emphasized energy of Pisces testifies to great fluidity and uncertainty. Therefore, one will need to be flexible enough in order to be able to adapt to changing or unpredictable conditions, which, however, promise growth.

The energy of Pisces brings with it more relaxation, romance and escape from reality, as well as daydreaming or the need to envision a better future despite the overly critical, pragmatic and realistic attitude of Virgo. After all, with the Lights at the degrees of Venus’ pure fall and exaltation, great care will be required so that any critical mood or extreme pragmatism does not cultivate a spirit of quarrel or competition in relationships and collaborations.

Moreover, let us not forget that Venus remains in conjunction with Mars, and currently square Uranus, so any competing or quarrelsome tendencies in relationships and collaborations may bring about abrupt developments, sudden conflicts and unexpected separations, or even, temporary distance and coldness. Not to mention that with Pluto, from Mars’ pure exaltation and atop an ambivalence trine with the Full Moon axis, the main valve for relieving the tensions above will be, unfortunately, the exaltation of war, manipulation and power games (see Russia and Ukraine on a mundane level).

If there is one thing you can do to manage these tensions, it will be to allow more space, freedom and spirit of innovation in your relationships and collaborations. Nevertheless, how much ‘room’ for others to breathe will you be able to give them?

Posted by Dr. Vangelis Petritsis at 16:29