Lunar Eclipse across Taurus-Scorpio: Breaking Away for Good? 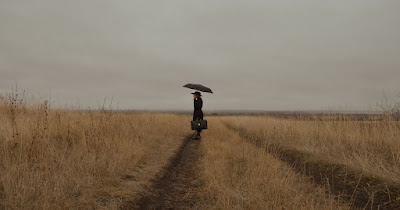 On November 8, 2022, at 11:02am, GMT, there is a Full Moon, which is also a lunar eclipse, taking place across the Taurus-Scorpio axis, the axis of survival and material and emotional security. It is the last eclipse of the year and is also the peak of the eclipse season that began on October 25 with the solar eclipsein Scorpio. Although eclipses, especially lunar ones, have a bad reputation, it is important to understand that they are essential to our spiritual evolution as they help us take action so as to make up for any deficiencies and, thus, open or close important chapters in our lives. These chapters may concern particularly our domestic, family and emotional life but also our relationships with important female figures, such as the mother, partner or wife.

Given that the previous eclipse may have stirred in us deep feelings of insecurity, on a material or emotional level, due to possibly radical or forced changes, the present eclipse comes to ‘inflame’ these feelings in such a way that they must be communicated to the appropriate ‘recipients’. In fact, with the Lights, Mercury and Venus reactivating the Saturn-Uranus square (an aspect that we have often called ‘Deconstruction and Reformation’, in effect since early 2021), there may be an urgent need for a permanent disconnection from emotions, values ​​and attitudes that serve no purpose anymore. This disconnection or cutting off comes as a further result of the possibly extreme revisions that many may have made due to Mars being retrograde and out of bounds.

The disconnection, albeit sad, can be liberating, making room for the new. After all, there can be great reserves of faith that the pain of disconnection will lead somewhere better despite the general uncertainty and confusion of the current period (Neptune trine Sun-Mercury-Venus and conjunct Jupiter, retrograde Mars square Jupiter-Neptune). To the extent that a spirit of forgiveness or compromise prevails, the disconnection or cutting off can be experienced as a trial break with definitive decisions to be made from mid-January onwards when Mars returns to direct motion. So, what or who is it that you want to cut yourself off from?

Posted by Dr. Vangelis Petritsis at 19:13