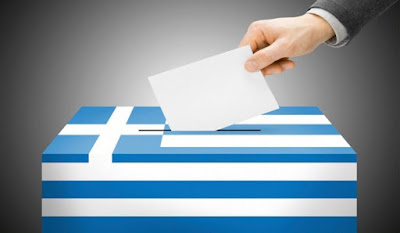 On July 2nd 2015 at 2:19am, GMT, there is a Full Moon in the austere, limiting and yet ambitious sign of Capricorn following and making direct reference to the New Gemini Moon of June 16th 2015. At the time, Mars was out-of-bounds, just like now, and it was conjunct the Moon and the Sun with which it remains conjunct albeit in opposition to the Full Moon. We were writing about the New Gemini Moon that it inaugurated a two-year period “with an important new initiative related to communication,learning or negotiation that has an unusual, and perhaps genius-like, spin to it and that almost feels extreme or revolutionary”. In line with the dual nature of Gemini, reality confirmed twice the initiative about which we wrote and the characteristics we ascribed to it:

Firstly, just two days following the New Gemini Moon, the Chief of Parliament, Zoi Konstantopoulou, publishes the preliminary report of the Commission of Truth about the Debt according to which Greece is not only unable to pay the debt but also under no obligation to pay it because it is illegal.

Secondly, a week after the publication of the above report, the Greek Prime Minister announces a referendum – something that hasn’t happened since 1974! – to be held on July 5th, just three days after this Full Moon, so that the Greek people vote yes or no to the creditors’ proposal for further austerity measures.

The revolutionary character of the findings of the Commission of Truth about the Debt and the unusual referendum notice in a country that hasn’t gone to referendum for 41 years and regarding a proposal that has already been withdrawn confirms the analysis we did for the New Gemini Moon. Now at this Full Moon we see the first peak of these two initiatives that define our lives for the next couple of years given the new two-year Sun-Mars cycle that started at the New Gemini Moon. 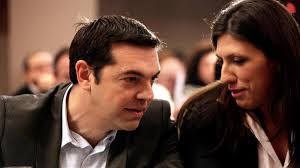 With regards to the current Full Moon, it is worth noting that its axis is involved not only with Mars, conjunct the Sun, but also with Pluto, conjunct the Moon. If nothing else, this implies intensity (opposition) resulting from significant popular anger (Sun-Mars in Cancer) due to severe lack of funds (Moon-Pluto in Capricorn, Moon disposing of Sun-Mars). Relief of tension is provided by the planet located at the apex of the ambivalent triangle formed with the Full Moon axis. The planet is Neptune suggesting that forgiveness, charity and surrender to the will of the universe will serve as a means to escape from the Full Moon tension.

Moreover, Mercury in Gemini, strong and at the apex of a minor grand trine with Uranus and Venus/Jupiter shows that the easy opening of brand new economic horizons creates opportunities for clever ideas and quick negotiations that leave, however, a lack of satisfaction because of feelings of marginalization (Mercury-Chiron square). Finally, Saturn on the last degree of Scorpio presages a definitive end while Venus, already in its shadow period preparing for its upcoming retrogradation, marks the beginning of financial delays and revisions. At the same Leo degree Venus will find itself retrograde on August 16th and direct on the September 28th lunar eclipse which renders this Full Moon all the more important. Let’s wish for an enjoyable Full Moon for everyone!
Posted by Dr. Vangelis Petritsis at 21:00