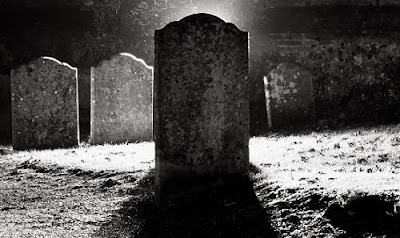 On September 13th, 2015, at 6:41am, GMT, there is a solar eclipse in the realistic, self-sufficient and laborious sign of Virgo. Traditionally, eclipses are considered to be ‘bad omens’ and many fear them. However, eclipses, especially solar ones, mark the end of an important chapter and the beginning of a new one. Thus, the eclipse may be perceived as a sense of lack in that area of our horoscope or in relation to the nature of the planet(s) the eclipse ‘touches’. A solar eclipse always brings about issues regarding identity, vitality and creativity, as well as issues related to important men in our lives, such as father, husband or boss. Around the days of the eclipse there is a widespread feeling that the issues or people above are somehow ‘missing’ from our lives. Although there is no general consensus as to the duration of the influence of the eclipses, many feel that their influence, hence the sense of lack, starts about a month before the eclipse and lasts for about a month after.

The sign of Virgo where the eclipse takes place suggests the end of chapters related to labor, health and service, as well as a sense of lack regarding these areas of life. It is interesting to note that the eclipse receives an opposition from Chiron and a quincunx from Uranus at the degree of the Sun’s pure exaltation. Therefore, tensions due to traumatic situations and feelings of inferiority or marginalization (oppositions to Chiron) combined with difficulties of the new chapter to adjust to the excessive need of many for personal freedom (quincunxes to Uranus at the degree of Sun’s pure exaltation) will be among the major themes of the eclipse.

At the same time, Saturn at the last degree of Scorpio is about to change signs permanently in five days and is in mutual reception with Pluto. The latter in turn is at a critical degree ruled by the Moon and about to go direct in less than two weeks. This Saturn-Pluto configuration is reminiscent of a very large ‘tombstone’, which intensifies the sense of ending that every eclipse portends and renders scaringly palpable the need to ‘bury’ the old, to transform and to perform radical changes despite minor, and mainly material, obstacles (Saturn-Pluto semi-square). On a mundane level, the need for radical change affects particularly women and the people whereas on a personal and psychological level it concerns our habits, diet and emotional needs.

Indeed, the eclipse’s dispositor, Mercury, activates harshly the Uranus-Pluto square causing a series of dilemmas (Mercury in Libra). The dilemmas are related to a whole generation’s personal awakening (Uranus in Aries) as to the corruption of the sociopolitical system (Pluto in Capricorn) and these seem to be particularly relevant in view of the September 20th elections in Greece. A way out of the dilemma is promised by Venus in Leo in sextile to Mercury and trine to Uranus via the appreciation of generosity and ‘chivalry’. Finally, the Jupiter-Neptune opposition, hardly connected to the rest of the eclipse horoscope, makes direct reference to 2009, the year that these two planets met in conjunction. Now, this opposition comes to materialize or to tear down any big dreams and grandiose visions we may have had in our minds back then. In any case, make sure you enjoy the eclipse!
Posted by Dr. Vangelis Petritsis at 19:28