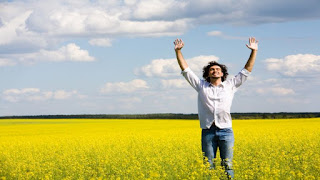 On May 6th 2016 at 7:29pm, GMT, there is a New Moon in the fixed, earthy and sensual sign of Taurus. Just like it happens with every New Moon, this one too marks a new beginning in that area of one’s horoscope where it happens to take place. Currently, due to the sign, the new beginning is associated with issues of material and financial security as well as with issues of pleasure and enjoyment. Furthermore, although the New Moon’s conjunction with Mercury retrograde signals delays due to pending issues, financial as well as otherwise given the five retrograde planets in several signs, there is a promise of material ease, financial security and enjoyment thanks to the grand trine in earth which the New Moon-Mercury stellium is part of along with Jupiter and Pluto.


For that promise to materialize one needs to be able to transform (Pluto) the way they think (Mercury) and envisage life (Jupiter). Indeed, because both Mercury is on a critical degree ruled by Jupiter and Venus, the New Moon’s sponsor, is on a critical degree ruled by Mercury, communications (Mercury) aiming at improving (Jupiter) relationships and finances (Venus) are particularly critical at this New Moon, at least for the near future.

Moreover, the inferior Sun-Mercury conjunction that will be exact on May 9th reveals that around this New Moon in Taurus there are important discussions or negotiations of financial content which will open a new cycle of financial security that won’t bear fruit until after July 7th 2016, when the superior Sun-Mercury conjunction occurs, or even after August 7th 2016, when Jupiter is released from his shadow period. The connection of the Sun-Mercury cycle with that of Jupiter is explained by the fact that the inferior Sun-Mercury conjunction on May 9th happens almost simultaneously with Jupiter going back to direct motion after four months of retrogradation in a sign ruled by Mercury (Virgo). Finally, although there still seems to be high and possibly pointless activity because of many obstacles that stand in the way of making our dreams come true (Jupiter in mutable T-Square with Saturn-Neptune, and Saturn atop), at least at this New Moon there is a leeway that can provide us with pleasure and some financial benefits in line with Venus being atop an ambivalence triangle with Jupiter and Neptune. Therefore, we hope you take some pleasure at this New Moon!
Posted by Dr. Vangelis Petritsis at 21:34