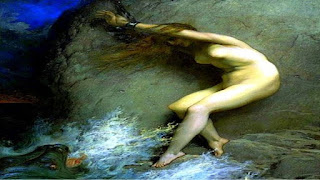 On May 21st 2016 at 9:14pm, GMT, there is a Full Moon in the journey-loving, exuberant and optimistic sign of Sagittarius which implies of course that the Sun is in the opposite sign of Gemini. Just like it happens with any Full Moon, this one too calls for us to strike the right balance between two opposing forces. More specifically, it calls for us to face a series of dilemmas associated with learning (Gemini) and teaching (Sagittarius), with short journeys (Gemini) and long journeys (Sagittarius) as well as with disbelief (Gemini) and belief (Sagittarius). Nevertheless, due to the mutability of Gemini and Sagittarius which makes them more flexible and adaptable by nature, the dilemmas above will not be as intractable and will be resolved through processes that involve a lot of travelling, communicating and bargaining as well as a lot of information-gathering and disseminating.

Having realized that, one also needs to take into account the fact that the Gemini-Sagittarius axis is the axis of thought and intellect. Therefore, this axis is very cerebral and quite prone to anxiety, mental overload and stress. It is no coincidence that it is around this Full Moon that the state exams take place in Greece what with all the studying and stressing that these entail for both pupils and parents. To make matters worse, the activation of the Full Moon axis by Mars creates even more stress and makes it quite possible for emotional outbursts to happen due to accumulated anger or thwarted desires in relation to important male figures or in relation to people who are in positions of power (Moon conjunct Mars retrograde in opposition to Sun). On a more positive note, the Full Moon axis is also activated by Venus which can ease these emotional outbursts although it can bring additional fights for financial reasons.

Furthermore, it is interesting to note that both Venus and Mercury are in conjunction with two rather difficult fixed stars, Algol and Menkar respectively. The former marks the severed head of Medusa in the left hand of Perseus and is traditionally associated with violence and dangerous situations, while the latter marks part of the jaw of Cetus the Whale who would devour Andromeda and is traditionally associated with illness, disgrace and ruin. In Greek mythology, Andromeda was the daughter of Cepheus, king of Ethiopia, and Cassiopeia, daughter of Aeolus. When Cassiopeia claimed to be more beautiful than the Nereids, Neptune punished her impertinence by flooding Ethiopia and by sending a sea monster, Cetus, which could devour everyone and everything. According to the oracle of Amun, the Egyptian God whose symbol was the Ram and whose head was covered with two large parallel wings, Andromeda had to be sacrificed to the monster in order for her land to be saved. Indeed, Andromeda was chained to a rock by the coast at the monster’s mercy but was subsequently saved by Perseus.

Recalling the myth of Perseus and Andromeda, granddaughter of the god of the winds, and seeing that Mercury, symbol of transportation, is at Cetus’s jaws (Menkar) and Uranus, symbol of airplanes, in Aries the Ram receiving only one aspect, a harsh semi-sextile from Chiron in Pisces (trauma at sea), one finds it difficult not to make the connection to yesterday’s piece of news regarding the fall of the Egypt Air plane in the sea between Crete and Egypt. The plane took off early Wednesday from Ethiopia, the place where Andromeda’s story took place, only to be ‘devoured’ by the sea on Thursday during its flight from Paris to Cairo (Egypt), the place of the God Amun, who was Aries in disguise and who, instead of horns, had wings, reminiscent of airplanes (Uranus in Aries).

So, once more reality reminds us how chillingly literal the astrological influences can sometimes be… In any case, we hope you enjoy the Full Moon because despite the risks involved it can also bring material pleasures and delights thanks to the grand trine in earth!
Posted by Dr. Vangelis Petritsis at 15:33