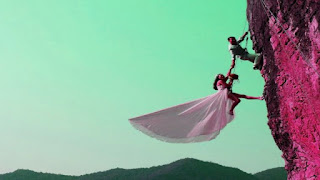 On April 11th 2017 at 6:08am, GMT, there is a Full Moon in the harmonious, cooperative and diplomatic sign of Libra, which implies of course that the Sun is in the opposite dynamic, combative and uncompromising sign of Aries. Similarly to any Full Moon, this one too calls for us to strike the right balance between two opposite forces. In this case, the spontaneous need to maintain the balance, to weight one’s options and to co-operate (Moon in Libra) is opposed by the importance of passion, impulse and individualized action (Sun in Aries). So, the question becomes: ‘How easily will one be able to strike the right balance between impulse and indecision, as well as between their own personal needs and those of a significant other?’

Furthermore, the Full Moon axis is situated on the degrees of Saturn’s pure exaltation and fall (21° Libra-Aries, respectively). This means that one of the two parties in a relationship or partnership exalts the need for structure, rules and security (Moon at Saturn’s pure exaltation) while the other party prefers to be on their own without bothering at all about structures, rules or security (Sun at Saturn’s pure fall). Moreover, the presence of Jupiter conjunct the Moon inflates the one party’s need for structure and security whereas the presence of Uranus conjunct the Sun electrifies the atmosphere and leads the other party to take their distance and live in a sort of ‘anarchy’.

Nevertheless, the Full Moon axis, involved as it is with Jupiter and Uranus, turns into a T-Square with Pluto atop pointing to a deep transformation that needs to take place in order for any relationship or partnership to continue. Additionally, the cardinal T-Square carries a lot of impulsiveness and need for action that is, however, denied for now due to Pluto’s imminent retrogradation starting on April 20th. Thus, Pluto’s retrograde period, which will be over by the end of September, will be necessary in terms of preparing this deep transformation that the current Full Moon brings. Judging by the conjunction of Venus (this Full Moon’s dispositor) with Chiron and by their shared square to Saturn (Pluto’s dispositor), one will probably see that this deep transformation hurts, puts a dampener and causes separations, distancing and frustration. 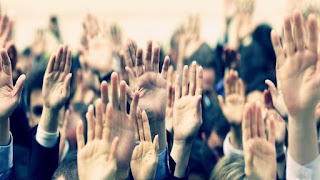 It is equally important to note that the nodal axis is about to change signs and that Saturn activates the Uranus/North Node midpoint while Chiron activates the Sun/North Node and Moon/North Node midpoints. Thus, it is clear enough that groups of people and collectivities are on the brink of important changes that force them to face the ‘security or anarchy’ dilemma brought about by this Full Moon. For this reason, one would probably expect groups of people to suddenly break up or to be marginalized. One would also expect group members to suddenly leave the group or to be marginalized by their group.

On a positive note, the Saturn-Uranus trine promises that these processes of division, break-up and marginalization will in good time turn into something new that allows for more flexibility and freedom in relationships and partnerships. After all, this Full Moon has a long-term impact because it follows the March 28th New Moon: in line with what we wrote back then, that New Moon has already opened a cycle that will last at least 19 months.

For now, the simultaneous retrogradations of Mercury, Venus, Jupiter and Saturn in combination with Mars being in his sign of debility (Taurus) and in semi-sextile and quincunx aspects to the Full Moon axis suggest that there are a number of outstanding issues that block our ability to move forward. These issues have to do with communications, values and decisions and need to be settled in the short term with the following dates standing out as milestones: April 15th when Venus goes back in direct motion, April 21st when Mars enters Gemini, April 28th when Venus returns to Aries, May 4th when Mercury goes back in direct motion and, finally, the period from May 18th to May 20th when both Mercury and Venus are released from the shadow of their retrogradation.

In the medium term, Jupiter and Saturn turning direct on June 10th and August 26th, respectively, will mark the completion of a period where visions (Jupiters) and structures (Saturn) have been fully revised. More specifically, with regard to Saturn who has a prominent position in this Full Moon given that the Full Moon axis is situated on the degrees of his pure exaltation and fall, note that this is the second and last retrogradation of Saturn in the sign of Sagittarius. Therefore, this is the last chance for revisions of importance concerning issues of legislation, education, travel and religion that have arisen since last December. Finally, unaspected Neptune entails obsession with or complete detachment from issues related to arts, sacrifice, escape and migration, while it either undermines or idealizes the values of marginalized groups (Neptune = Chiron/North Node = Venus/North Node). In any case, we wish you enjoy the Full Moon and that you have a Happy Easter!
Posted by Dr. Vangelis Petritsis at 12:59