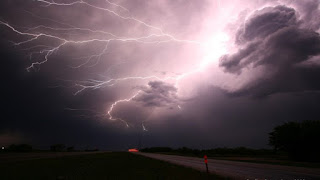 On January 6, 2019 at 1:28 am, GMT, there is a solar eclipse taking place in the ambitious and methodical sign of Capricorn. It is the first solar eclipse of the year, but it is directly linked to the last solar eclipse that took place on August 11, 2018. Uranus is the connecting link since the planet of overturning and freedom was stationary retrograde back then whereas now it is stationary direct. Hence, a five-month period comes to a close during which upheavals and liberation moves had been thwarted. However, the fact that the beginning and the end of this five-month period is marked by two solar eclipses reveals an accumulated oppression of creativity or self-expression.

Therefore, with Uranus turning direct a few hours after the January 6th solar eclipse, explosions of anger or bitterness are very likely. These explosions are favoured by the square formed between out-of-bounds Mercury in Capricorn and Mars in Aries. This way, issues related to boundaries, rules and professionalism seem to be the cause of extreme and decisive conflicts. Furthermore, the exact quincunx between Venus and Uranus bears the potential for sudden shocks in relationships, co-operations, alliances, and economic dealings.

One will need caution because the Capricorn stellium and the direct activation of the Saturn-Pluto midpoint by the Lights can bring definitive break-ups in relationships / co-operations and austere financial cuts. The spirit of forgiveness and philanthropy can mitigate the above (Lights sextile Neptune) but one will also need to meet the need to open new horizons and to experience more freedom despite or thanks to the spirit of forgiveness (Jupiter-Neptune square). In any case, we wish you have a liberating solar eclipse!
Posted by Dr. Vangelis Petritsis at 20:46