Lunar Eclipse Across Leo-Aquarius: End of an Era! 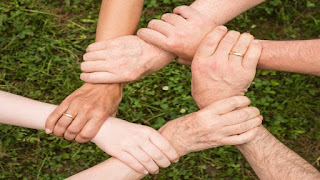 A lunar eclipse across the Leo-Aquarius axis, the axis of individual and collective expression, takes place on January 21st 2019 at 5:15am, GMT. The present eclipse closes the cycle of eclipses across this axis, a cycle that began in the summer of 2016 and consisted of a total of three solar and six lunar eclipses. The predominance of lunar eclipses reveals the extraordinary importance that this cycle had in the sense of belonging. More specifically, the issue raised was one of balance between the need to belong to a group of friends or a collectivity (Aquarius) and the need to belong to oneself (Leo).

The separating T-Square with Uranus atop, which is formed in the present eclipse, emphasizes precisely the fact that there have been schisms in friendships, groups and collectivities and that there has also been a departure from an empty need for creativity and self-promotion that does not serve society. More specifically, this eclipse signifies cease of activities and previous agreements that create mixed feelings (exact Mars-Saturn and Venus-Neptune squares where Jupiter is involved). The goal, says the current eclipse, seems to be the journey of the soul and not its destination (Finger of the World with the Moon atop). And with four planets dignified (Mars, Jupiter, Saturn, Neptune), it's hard not to imagine that the soul is finally heading on the right path, regardless of whether it knows where the road is leading. We wish you a good lunar eclipse!
Posted by Dr. Vangelis Petritsis at 12:18