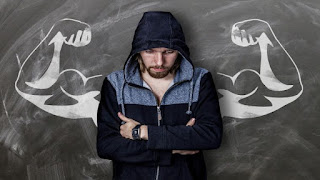 On February 19, 2019, at 3:53pm, GMT, there is a Full Moon taking place across the Virgo-Pisces axis, the axis of offer and service. There are, therefore, a number of relevant outstanding issues as evidenced by Mercury, the Full Moon’s dispositor, in shadow phase shortly before his upcoming retrogradation of March 5th. However, the settlement of these outstanding issues will be directly proportional to the effort to find an appropriate balance between order (Virgo) and chaos (Pisces), realism (Virgo) and fantasy (Pisces), as well as between work (Virgo) and escape (Pisces).

With three planets (Sun, Mercury and Neptune) in the sign of Pisces and Neptune at Mercury’s pure fall, it is clear that the balance tilts towards chaos, fantasy and escape. If, though, one can put things in order in the days close to the Full Moon, there is a promise of success as long as revenge tendencies are avoided. So says the Moon conjunct the royal fixed star, Regulus.

Acting routine-like and being predictable by voluntarily observing rules will be of help as long as there is also some space for freedom of action (Moon-Saturn sesquisquare and Mars in Taurus conjunct Uranus atop an ambivalence trine with the Full Moon axis). In addition, Mercury's applying sextiles with Venus and Saturn in Capricorn will provide opportunities for harnessing one’s mind and observing schedules despite chaos!

Lastly, the fact that Mercury's upcoming retrogradation will begin at the last degree of Pisces reveals that the climax of the current Full Moon forebodes the closure of an important chapter of ideas, agreements and negotiations. Together with Chiron's recent re-entry to Aries and the forthcoming re-entry of Uranus, the above closure will shake one’s peace of mind by reminding them that no one is invulnerable... In any case, we wish you enjoy the Full Moon!
Posted by Dr. Vangelis Petritsis at 17:49